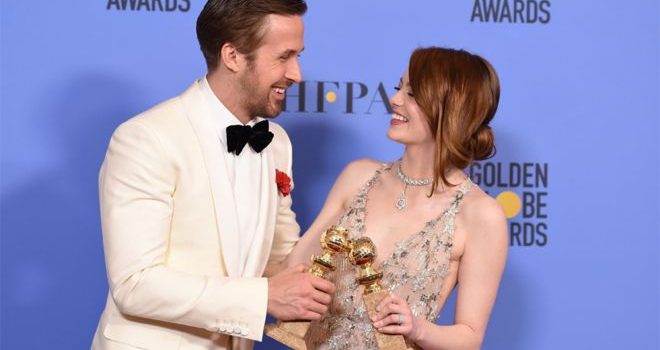 ‘Thanks for Coming’ in new clip from La La Land

Hot on the heels of its 11 BAFTA nominations this morning, Lionsgate have released another clip from La La Land ahead of its UK...

Hot on the heels of its 11 BAFTA nominations this morning, Lionsgate have released another clip from La La Land ahead of its UK release.

The clip, entitled ‘Thanks for Coming’, opens with an introduction from Emma Stone, who comments on how relatable she found it as her character, Mia, then embarks on an audition.

La La Land, directed by Damien Chazelle (Whiplash), stars Ryan Gosling as Sebastian, a jazz pianist who falls for Mia, a barista and aspiring actress in Los Angeles. The original musical explores both the joy and pain of following your dreams whilst trying to make ends meet. It also stars John Legend and JK Simmons.

We called it “a simply exquisite and wondrous cinematic experience that you simply cannot get out of your head”, (in our 5-star review), and it has so far proved to be an awards season favourite. On Sunday it broke a Golden Globes record on its way to converting all seven of its nominations into wins. These included Best Motion Picture (Musical or Comedy), Best Director and awards for both of its leads. We suspect it’s going to pick up many more awards as the season continues, and the soundtrack is certainly going to get stuck in one or two heads…

La La Land is released in the U.K. on Thursday 12th January.