The birds and the pigs from THE ANGRY BIRDS MOVIE 2 unite against a new common foe and launch a brand-new scene from the upcoming film on the eve of the Cannes Film Festival.

Sony Pictures UK is pleased to make this Exclusive Sneak Peek available alongside the new poster, new stills AND photo from Cannes

(Cannes, France – May 13, 2019) Tere’s nothing like a common foe to bring sworn enemies together, and on the eve of the 72nd Cannes Film Festival, the flightless angry birds and scheming green piggies of the upcoming THE ANGRY BIRDS MOVIE 2 did just that for the cameras. Faced with a new avian co-star/antagonist and armed with their signature slingshot, birds and pigs joined forces to fling a willing hatchling as part of a photo call this afternoon at the Carlton Hotel’s iconic pier. 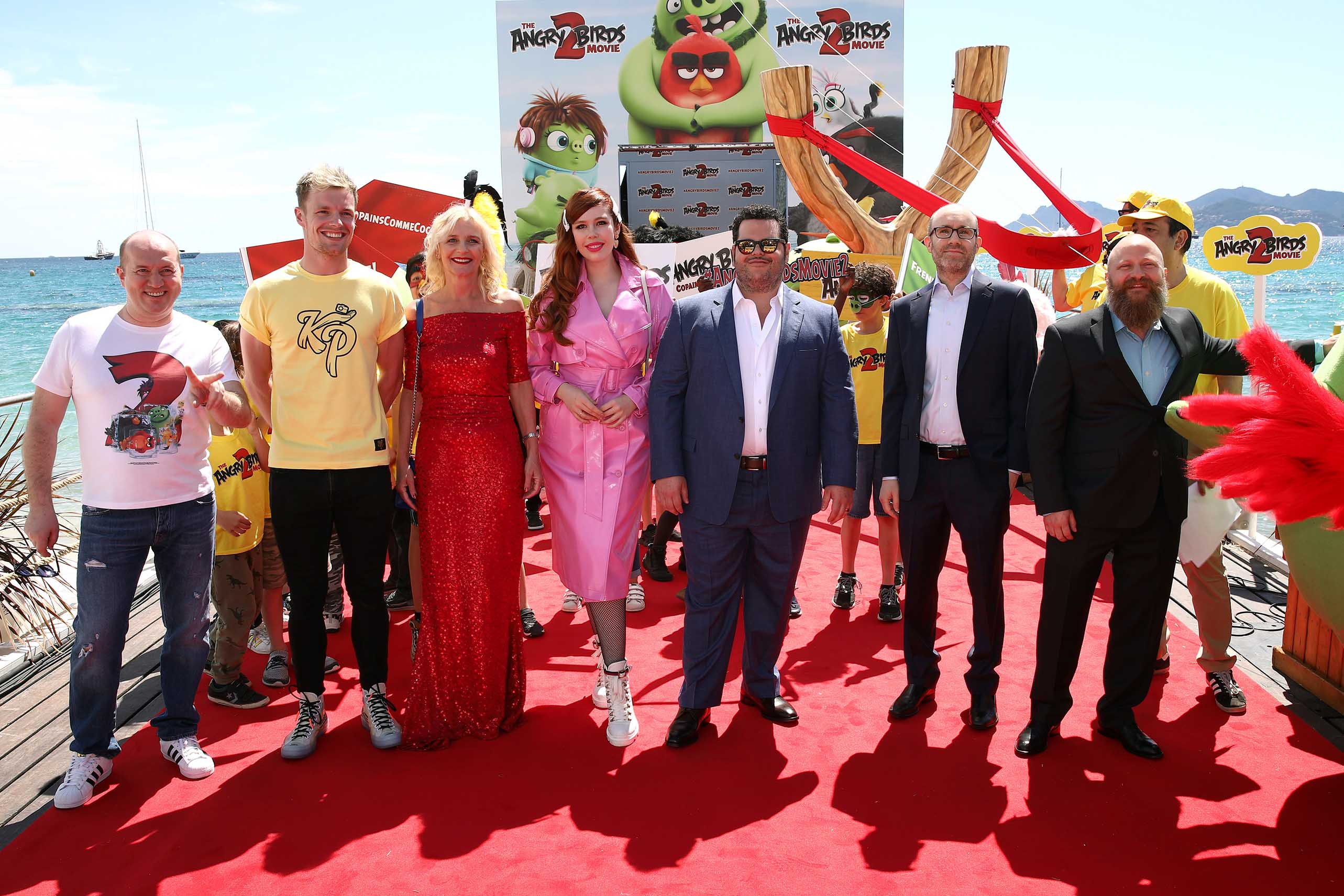 Star Josh Gad (“Chuck”), producer John Cohen, and director Thurop Van Orman took the opportunity to unveil a new scene from the anticipated sequel, which will roll out globally starting in August and through October 2019.

“It’s so cool to finally get to come to Cannes, especially for a movie I’m so proud of” said Van Orman. “…and what a send-off, literally!”

Added Cohen, “Josh and I were here right before the premiere of the first film, in 2016, and that launched us to open at number one in 52 territories around the world. Now that Angry Birds is established as a film property, we’re super excited to expand on the narrative and really have fun.”

Gad, Cohen, and Van Orman were joined onstage by some of the movie’s international star talent, including Sergey Burunov, who voices “Leonard” in Russia; Enzo Knol and Irma Knol, as Holland’s “Chuck” and “Bomb’s Mom,” respectively; and Sonia Plakidyuk, playing “Fuchsia” in Ukraine.