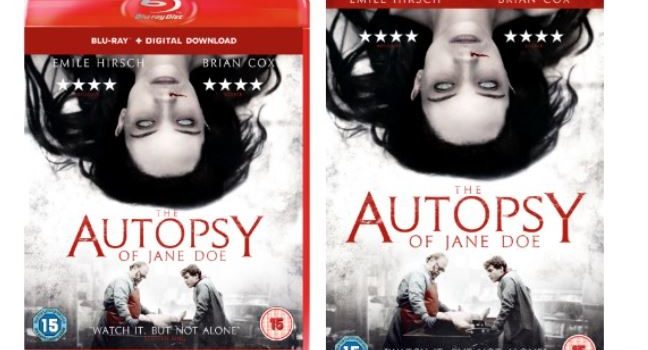 Desrcibed by Guillermo Del Toro as a ‘beautifully built funhouse of horror’ and by Stephen King as ‘visceral horror to rival Alien and early...

Desrcibed by Guillermo Del Toro as a ‘beautifully built funhouse of horror’ and by Stephen King as ‘visceral horror to rival Alien and early Cronenberg’, The Autopsy Of Jane Doe certainly has its legion of fans within the horror circuit and now it is set for its home entertainment release.

Set for release on DVD, Blu-ray and VOD on 26th June, the film will first be unleashed upon viewers via Digital Download a week earlier on 19th June. Promising one of the most intense and genuinely scary horror experiences in quite some time, The Autopsy Of Jane Doe will certainly be a popular horror option for audiences and with an impressive cast that is led by Emile Hirsch and Brian Cox it’s one that we would certainly recommend.

You can read the full synopsis for the film below.

Experienced coroner Tommy Tilden and his son Austin run a family-owned morgue and crematorium in Virginia. When the local Sheriff brings in an emergency case – an unknown female corpse nicknamed ‘Jane Doe’, found in the basement of a home where a multiple homicide took place – it seems like just another open-and-shut case.

But as the autopsy proceeds, these seasoned professionals are left reeling as each layer of their inspection brings frightening new revelations. Perfectly preserved on the outside, Jane Doe’s insides have been scarred, charred

and dismembered – seemingly the victim of a horrific yet mysterious ritualistic torture. As Tommy and Austin begin to piece together these gruesome discoveries, an unnatural force takes hold of the crematorium. While a violent storm rages above ground, it seems the real horrors lie on the inside…