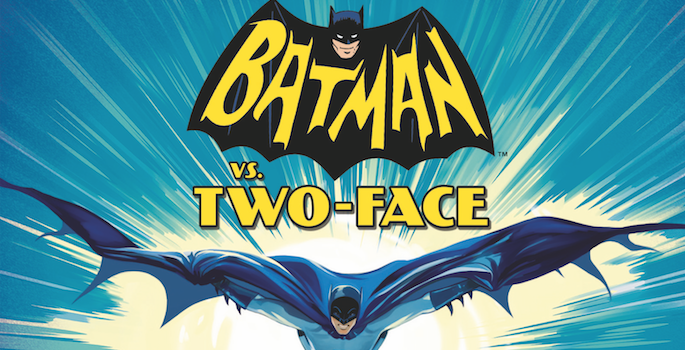 Imagine if millions of people knew your voice but hardly anyone recognised your face… What a strange and brilliant career it must be working...

Imagine if millions of people knew your voice but hardly anyone recognised your face… What a strange and brilliant career it must be working as a voice actor. No wonder Hollywood’s biggest names want to jump on the voice bandwagon – it must be pretty great trading hours in hair and makeup for slouchy pants and slippers. However, a certain elite have made an art out of the voice industry, using their vocal cords to create some of the most beloved characters from the screen. So, to celebrate the release of Batman vs. Two-Face, let’s raise a glass to these unseen heroes…

Born in 1928, the late Adam West worked alongside some of Hollywood’s biggest names such as Paul Newman before becoming widely known for his lead role in the 1960s version of Batman, a part he reprised in the just released Batman vs. Two-Face movie. His distinct voice can be heard in countless animations ranging from The Simpsons, Futurama, Rugrats and Johnny Bravo – and he even played a fictionalised version of himself in Family Guy.

Chances are you’ve heard Frank Welker’s distinctive tones before… The actor even received an Emmy Award in honour of his voice work last year. He’s probably best known for his role as Fred Jones from the Scooby-Doo franchise, which he’s voiced since 1969 to present, but he’s also portrayed Megatron in the Transformers franchise, as well as Nibbler in Futurama, Garfield, Dr Claw in Inspector Gadget and Kermit in Muppet Babies.

Known for his gruff voice, John Dimaggio’s CV reads like a kid’s dream playlist… You may have heard him portraying Bender in Futurama, Jake the Dog in Adventure Time, Rico in The Penguins of Madagascar, or multitasking various roles in Johnny Bravo, The Powerpuff Girls and Samurai Jack amongst other shows. Imagine how much fun he has going to work each day!

Born in 1908, the late Mel Blanc is one of the industry greats, having voiced… deep breath… Bugs Bunny, Daffy Duck, Porky Pig, Tweety Bird, Sylvester the Cat, Pepé Le Pew, Speedy Gonzales, Road Runner, the Tasmanian Devil, Woody Woodpecker, Barney Rubble in The Flintstones and Mr. Spacely in The Jetsons. Basically put, it would be hard to find a cult animation that he DOESN’T feature in.

Batman vs. Two-Face: Available now on Digital Download, and Blu-ray™ and DVD October 30