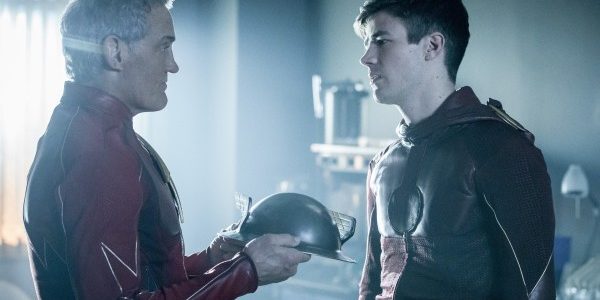 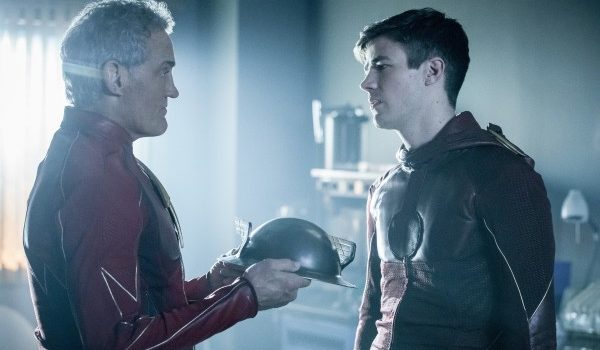 The Flash Season 3 Episode 16 – “Into The Speed Force” Review

Following last week’s reversal of realms for Savitar and Wally, it took a bold decision for Barry Allen this week to finally look to...

Following last week’s reversal of realms for Savitar and Wally, it took a bold decision for Barry Allen this week to finally look to overcome his obstacles and open his eyes to the threat that the speed god posed on the road forward. With the team reeling from the loss of Wally in the Speed Force, the only person who could save him was Barry, who would have to overcome some of his own personal demons in the place where he had struggled in the past.

Meanwhile, back at Star Labs it was Jessie who was creating waves as she was struggling to come to terms with Wally being thrust into the never-ending Speed Force and being advised by Barry to stay in Star City so that she herself could protect those in need. That wasn’t enough for Jessie Quick though, determined to deliver her own version of revenge on Savitar and thus putting herself in danger. Looking to track down the big bad, Jessie would actually manage to find a chink in the armour of the behemoth villain, but it would not be enough to take him down fully.

Only one man could do that, and his journey through the Speed Force would see the delivery of that message alone, with the help of some familiar and welcome old faces. First up would be Eddie Thawne (Rick Cosnett), serving as a reminder to Barry one of the first men to sacrifice himself for the greater good and for those he loved – most notably, Iris – and he would be followed up by none other than Leonard Snart (Wentworth Miller). Captain Cold himself would be the man to explain the terror Wally was going through, witnessing the death of his mother over and over again as part of the terrors of the Speed Force, only for Barry to slowly realise that he cannot depend on his brother for something he essentially caused.

This would be finally hammered home by the surprise return of Jay Garrick (John Wesley Shipp) as he served once more as the wise, fatherly figure that Barry has been missing since his real father was taken from him. The three characters culminated in something reminiscent of A Christmas Carol but it all felt rather unique and palpable to the show’s credit. There was little time to tread already covered ground in the death of Barry’s parents and instead – thankfully – the darker tone led to Barry coming to terms with his responsibility following his actions that essentially caused Flashpoint in the first place.

Needless to say, Wally was saved and both he and Barry would return from the Speed Force, but with Jessie moving on to be the hero for Earth-3 how will the younger of the speedsters come to terms with his ordeal? Hopefully the show can use this to its advantage rather than briskly moving on from it as this could really help to forge Wally and his future.

What was most shocking at the close of the episode was the change of attitude in the West-Allen relationship, with Iris now fully embracing her love for Barry while he knocked back her advances in the knowledge that if he severs his emotional ties with her then this will essentially change the future forever. Surely this cannot be the end of the Iris and Barry relationship, but it sure looks like it isn’t going anywhere too soon considering Iris’ reaction.

This week’s episode of The Flash may have trodden old ground but it provided another ever-refreshing look at just how Barry has to embrace being the responsible hero. With a great use of some of the more favourable past characters (Captain Cold FTW), “Into The Speed Force” offered once more a great continuation of this season’s core arc and addressed some of the more vital features within this season. We’ve now whittled ourselves back down to one speedster again, a weakness has now been revealed in Savitar and the dust can now settle with next week’s special musical episode with Supergirl on the horizon!

The Flash airs on The CW on Tuesdays.