The Gandhi Murder – New film questions whether the British were complicit in Gandhi’s Assassination?

LUKE PASQUALINO, STEPHEN LANG and VINNIE JONES STAR IN THE GANDHI MURDER New film that questions the real story behind the assassination of Mahatma...

New film that questions the real story behind the assassination of Mahatma Gandhi releases worldwide on anniversary of Gandhi’s death.

The deaths of Abraham Lincoln, JFK, Martin Luther King and Princess Diana are all shrouded in questions and conspiracy theories. On 30th January 2019, a new name is set to be added to the list – Mahatma Gandhi, the father of India. Was his assassination as clear cut as history leads us to believe? 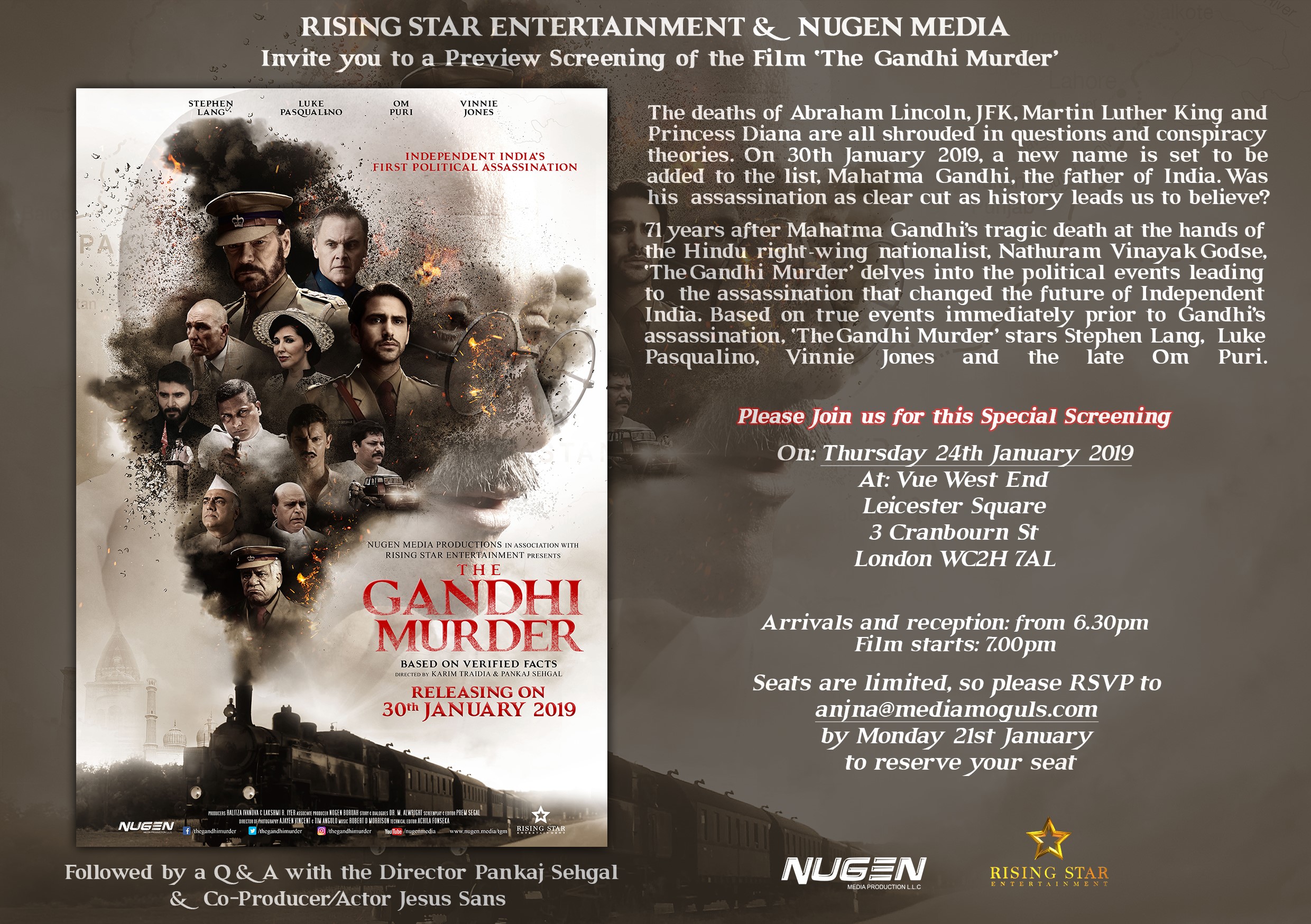 Based on true events immediately prior to Gandhi’s assassination, ‘The Gandhi Murder’ stars American actor Stephen Lang (Avatar, Salem, Into the Badlands) and British talents Luke Pasqualino (Skins, The Musketeers, Our Girl), Vinnie Jones (Lock, Stock and Two Smoking Barrels, X-Men: The Last Stand) and Om Puri (East is East, The Viceroy’s House)  in his final on-screen role prior to his death in 2017.

71 years after Mahatma Gandhi’s tragic death at the hands of the Hindu right-wing nationalist, Nathuram Vinayak Godse, ‘The Gandhi Murder’ delves into the political events leading to the assassination that changed the future of Independent India. The film will be released on 30th January 2019, the 71st Anniversary of the assassination.

The Gandhi Murder is a period movie based on true events that led to the eventual assassination of Mahatma Gandhi. The movie demonstrates a violent India, against the backdrop of a non-violent Gandhi, and hard-line fanatic mindsets beginning to grow roots in a country divided on the basis of religion.

The film follows three Senior police officers in different parts of India, who, well aware of the intelligence that Gandhi’s life in under threat, must take key decisions that would eventually either save the Mahatma, or the country.

The movie unravels facts that are bound to trigger the thought that what is conveyed by governments is seldom the full truth, and that politics define what history books write. That both the police and Indian politicians were well aware of the impending assassination, and even knew about the key planners, and yet did not act in time, demonstrates that the assassination was not an act of a single assassin, but a collective plan hatched within the corridors of power of the newly independent India. 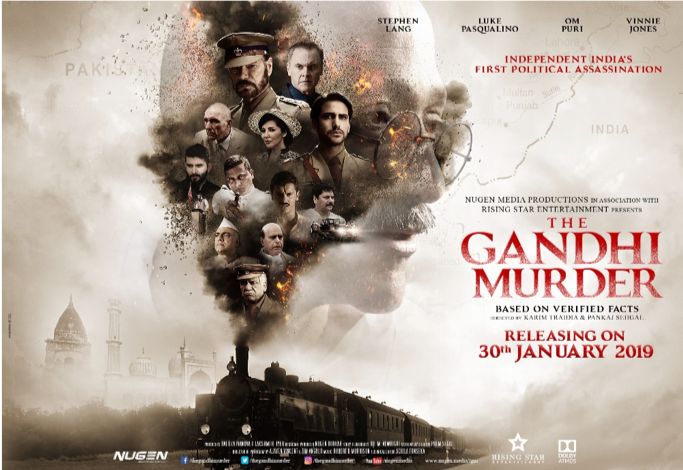 ‘The Gandhi Murder’ is written and co-directed by avid history lover, Pankaj Sehgal along with Golden Globe-nominated Algerian director Karim Traidia, claims that this politically-charged film set in post-partition India will delve into areas that have rarely been touched upon by Indian history books:  “I love history, but when I was a kid my history books only covered Gandhi’s role in pre-Independence India, but not much else is covered… Our intent is to show Gandhi’s immense contribution to India post-Independence, which is something that very few people understand. They don’t understand that his assassination was bigger than any of his other contributions… India was on the verge of a civil war,” said Sehgal, who believes that Gandhi’s murder silenced the communal frenzy that was threatening to erupt.

‘The Gandhi Murder ‘ will rock the very foundations of India’s political landscaping. The film questions who really played a role in the murder of the founder of India, and whether this tragedy is another in the long line of political assassinations that has deeper, darker roots. Th film will also force contemplation on why political assassinations happen, sometimes with the knowledge and blessings of those who matter.

The film is produced by Dubai based Nugen Media and distributed by Rising Star Entertainment Ltd.