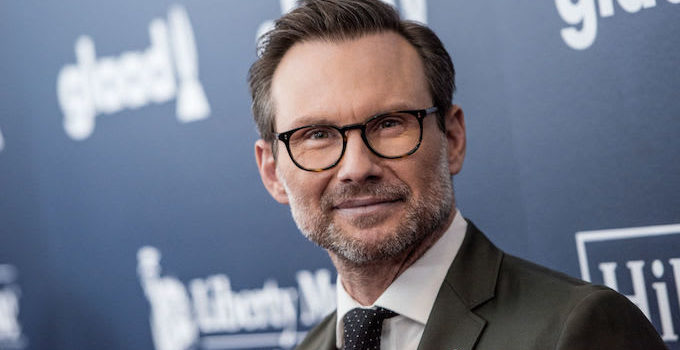 The Impressive Career Of Christian Slater

Christian Michael Leonard Slater was born on August 18, 1969, in New York City. After emerging as one of film’s leading young actors in...

Christian Michael Leonard Slater was born on August 18, 1969, in New York City. After emerging as one of film’s leading young actors in the 1980s, his career has gone on to span cult favourites, Hollywood blockbusters and television.

The son of an actor and a casting director, Slater landed his first acting job as a child, appearing on the soap opera One Life to Live and made his film debut in The Legend of Billie Jean (1985) before gaining wider recognition for his breakthrough role as Jason Dean (“J.D”) alongside Winona Ryder in Heathers (1988).

To mark the release of brand new animated DC feature film Suicide Squad: Hell to Pay on DVD and Blu-ray™, we have taken a look back at the impressive career of Christian Slater.

In 1988 Slater emerged as one of Hollywood’s leading young actors for starring as Jason Dean (“J.D”) in dark hit comedy Heathers alongside the great Winona Ryder, helping to make him a star.

The film broke out of the boundaries of a teen film, with Christian played a rebellious teen who romances Winona Ryder’s Veronica Sawyer. Together they team up to destroy the snobby clique of girls, dominated by several girls named – you guessed it – Heather.

Slater gained critical acclaim for his ground-breaking performance, and thus Heathers was the first film that created the foundations of his star status.

In 1991, Slater starred alongside acting greats and the merriest of men Morgan Freeman, Sean Connery, Kevin Costner and Alan Rickman in Robin Hood: Prince of Thieves.

A 90s version of the classic Robin Hood Story, Slater plays Will Scarlet, a prominent member of Robin Hood’s Merry Men. The movie was a major box office hit, making over $390 million worldwide, which made it the third highest grossing film of 1991 and further cemented Slater’s star status.

Ranked as the 83rd greatest film of all time in 2017 by Empire, the romantic crime drama follows the pair as they hit the road for California hoping to sell Clarence’s pimps cocaine, but it’s not long before the mob is after them.

This unusual tale was written by Quentin Tarantino, who described Slater as a perfect fit for the character he created and with Slater starring as Deadshot all these years later, his comic bookstore clerk character was clearly meant to be!

Interview with the Vampire

Interview with the Vampire: The Vampire Chronicles is a 1994 American romantic horror film, based on Anne Rice’s 1976 best-selling novel.

Starring another all-star cast (there’s a trend emerging here!) in the perfect forms of  Tom Cruise and Brad Pitt, the film sees Christian Slater play a young reporter interviewing a man named Louis (Brad Pitt) who claims to be a 200-year-old vampire.

Whilst early production was controversial, with Rice initially speaking out against the casting of Cruise as Lestat, and Christian Slater only assuming the role of interviewer following the death of River Phoenix; Rice later recanted her objections, and the film proved to be a big hit with audiences.

Probably his most prominent role in recent years, Slater received a career boost in 2015, rising up as the titular character of popular American drama thriller television series, Mr. Robot. The role sees Christian play the co-founder and leader of the hacker group Fsociety, a revolutionary prophet who plans to destroy all debt by bring down the world’s largest conglomerate, E Corp.

Mr. Robot has received critical acclaim and has been nominated for and won multiple awards, including the Golden Globe for Best Television Drama Series, with Slater taking home the Golden Globe for Best Supporting Actor in 2016 and earning nominations for each of the following two seasons – if there was every any questioning to Christian’s Slater’s acting abilities, Mr Robot has truly dispelled them in its great successes.

Turning his hand to animation, Slater stars as the lead character Deadshot in Suicide Squad: Hell to Pay.

Deadshot leads Amanda Waller’s band of misfit DC Super-Villains, the top secret Task Force X, also featuring Bronze Tiger, Killer Frost, Captain Boomerang, Harley Quinn and Copperhead – on a mission to retrieve a mystical object so powerful that they’re willing to risk their own lives to steal it. But the Suicide Squad isn’t the only group of villains seeking to possess the object. The race is on for the golden prize … and, to stay alive, second place isn’t an option.

SUICIDE SQUAD: HELL IS OUT ON BLU-RAY™ AND DVD NOW