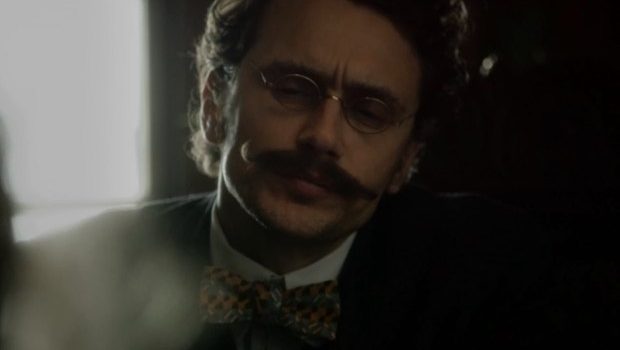 The Institute Gets A Twisted First Trailer

Momentum Pictures’ The Institute, Co-directed and starring James Franco as a psychiatric Doctor working in a mental health institution, has revealed its first trailer online....

Momentum Pictures’ The Institute, Co-directed and starring James Franco as a psychiatric Doctor working in a mental health institution, has revealed its first trailer online. Giving us some unsettling caveats of what to expect from what looks to be a darkly twisted period thriller – with some odd beats throughout. Certainly can see many on the fence with this one. But check out that sweet ‘stache on Franco!

Check out the first trailer for the film below.

In 19th century Baltimore, Isabel Porter (Allie Gallerani), a girl stricken with grief from her parents’ untimely death, voluntarily checks herself into the Rosewood Institute, and is subjected to bizarre and increasingly violent pseudo-scientific experiments in personality modification, brainwashing and mind control, she must escape the clutches of the Rosewood and exact her revenge.

The Institute is due for release March 3rd 2017 in the United States through Momentum Pictures.

For more trailers for upcoming films for 2017 – check back at Filmoria.