Supermodel, Kate Upton (The Other Woman, Tower Heist) and Alexandra Daddario (The Choice, Baywatch) star in this year’s can’t-miss fun and sexy new road trip comedy The Layover, where two lifelong BFFs suddenly find themselves competing for the same guy! The film touches down on Digital Download, Blu-ray & DVD from February 12.

The Layover follows Kate (Daddario), a high school English teacher, and Meg (Upton), a failing businesswoman, who suddenly find themselves at a crossroads in their lives. The two women spontaneously decide to take a vacation to Fort Lauderdale to escape their current troubles. On the plane they meet Ryan (Matt Barr, One Tree Hill, Gossip Girl), a handsome stranger on his way to a wedding. When their flight gets diverted to St. Louis due to a hurricane, Kate and Meg find themselves going to unprecedented extremes to compete for Ryan’s affection!

The film also features the legendary comedian Molly Shannon from laugh-out-loud classics such as Superstar and Never Been Kissed, and is directed by the comedy veteran actor William H. Macy (Fargo, Shameless). 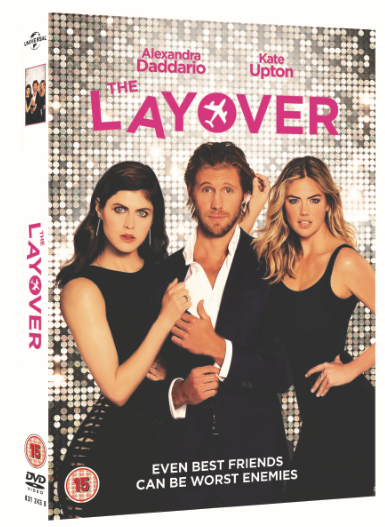