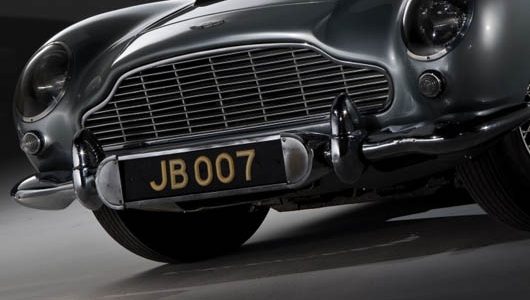 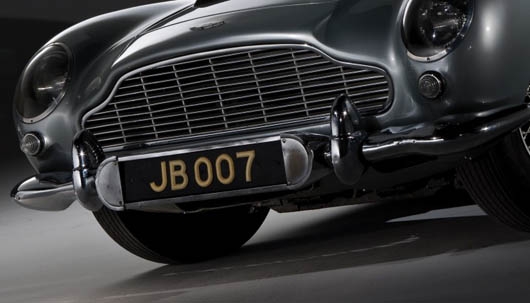 The Number Plates from the Silver Screen: How Much do they Cost?

There is a huge market for personalised number plates in the UK, as people look to distinguish their vehicles while stamping their own personality...

There is a huge market for personalised number plates in the UK, as people look to distinguish their vehicles while stamping their own personality on the car that they drivers.

This can also add value, particularly if you are able to invest in a famous or renowned personal license plate that is likely to be demand among other drivers. This is something that car retailer Peter Vardy has studied at length, ahead of the release of 67 number plates that have famous origins in film and television.

In this post, we will look at some current license plates that have been inspired by popular culture, and ask how much they would cost to purchase in the marketplace?

Peter Vardy have appraised each plates according to their legacy and the amount of characters included. They have also factored in the combination of numbers and letters featured on each iconic plate, estimating how much it would cost for drivers in the UK to purchase them.

Top of the list was the iconic license plate of America’s most famous private investigator Magnum P.I, who fought crime along the sun-kissed beaches of Hawaii across eight seasons between 1980 and 1988. Portrayed by Tom Selleck, Magnum famously drove a Ferrari 308GTS for much of the franchise, with his ‘ROBIN 1’ number plate now having an estimated value of £256,100 according to Peter Vardy.

This is nearly double the next most costly license plate, and this at least partially reflects the popularity of Magnum P.I in the UK.

Given that he was a secret agent and international man of mystery, it seems strange that James Bond should have such an iconic license plate.

The legendary agent’s Aston Martin was adorned with an instantly recognisable number plate, however, which features the characters JB 007. Even those who are not Bond fans would arguably recognise this as the license plate of Britain’s most famous secret agent, and it is little wonder that this has such value in the modern age.

A slightly shorter plate, ‘JB 007’ would cost an estimated £128,804 at current market rates, and this would undoubtedly be more if it included a few more characters and was marginally longer.

The James Bond theme is continued with our third and final entry, with the license plate from Goldfinger’s iconic black and yellow Rolls-Royce from the 1964 movie. Debuting in the third installment of the Bond film franchise, Goldfinger remains one of the series’ most notorious villains and his car has become equally renowned throughout the generation.

Equipped with the iconic license plate ‘AU1’, this car was originally custom-built for Lord Fairhaven of Anglesey Abbey back in 1937 and has retained the same registration since.

Despite being noticeably short, the license plate would cost around £127,550 at current market rates, while the car itself would probably set you back closer to seven figures. The ‘AU1’ plate would definitely make a bold statement if you included it on your car, while this is something of a collectible item in the UK and around the world.