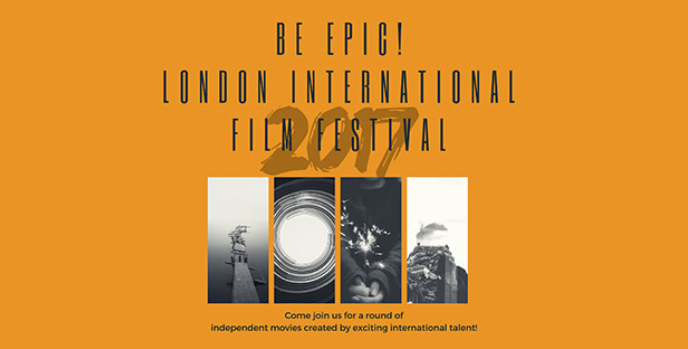 This September if you’re looking for a film festival that provides something a little different from the world of cinema then look no further...

This September if you’re looking for a film festival that provides something a little different from the world of cinema then look no further than the Phoenix Cinema as they present the Be Epic! International Film Festival. You can check out the festival statement from the cinema below, and also check out the full listings.

Be Epic! London International Film Festival (BELIFF) is an annual film festival that encourages film makers from around the world to shape society through inspirational films!

In particular, we support those that combine valuable messages with innovative ideas and techniques. BELIFF aims to be the rising point of filmmakers and up and coming new artists by actively promoting talent and hard work. We dedicate ourselves to both those looking to redefine film and those wanting to discover it so that film can continue to entertain and educate audiences all around the world.

From silent films to quirky comedies, thrillers, sci-fi and dramas, animations and so much more, there is little that you won’t be able to find in a fun and unforgettable programme!