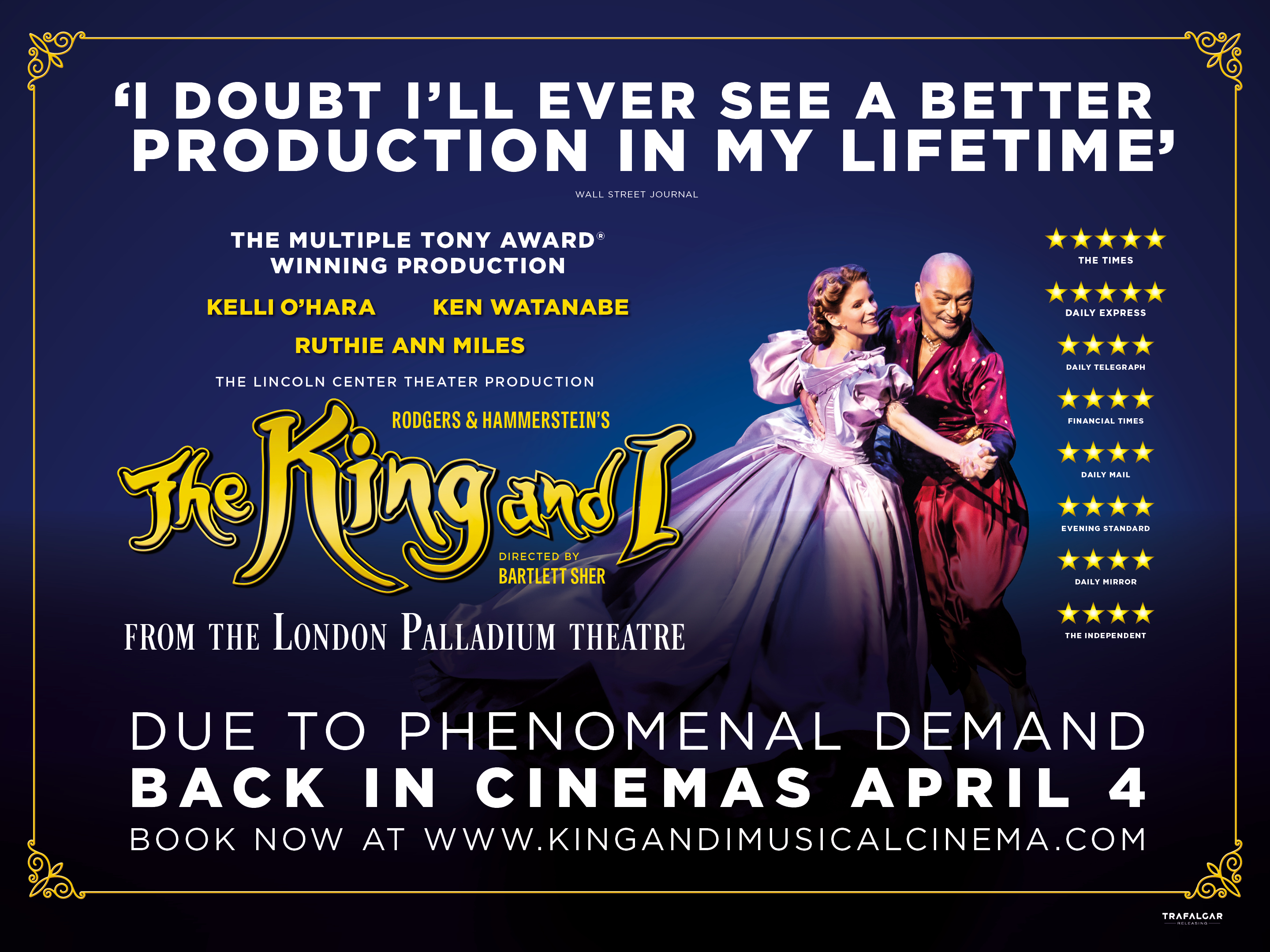 THE KING AND I: FROM THE LONDON PALLADIUM

Following 2018’s record breaking global cinema release of The King and I: From the London Palladium, this unmissable majestic production returns to cinemas around the UK for one night only on 4 April 2019. Receiving both critical and audience acclaim, the film achieved the highest box office globally for a stage to screen event release of 2018.

The production is also about to embark on an international tour opening in Manchester in April 2019, before playing key UK cities and then a major presentation at TOKYU Theatre Orb in Tokyo in Summer 2019. Kelli O’Hara and Ken Watanabe will reprise their roles once again for the Tokyo presentation. Further international dates are to be announced shortly.

With one of the finest scores ever written including; Whistle a Happy Tune, Getting to Know You and Shall We Dance, and featuring a company of over 50 world-class performers, THE KING AND I: FROM THE PALLADIUM is a testament to the lavish heritage of gloriously romantic musical theatre – it is the greatest musical from the golden age of musicals.

WHAT THE PRESS HAVE SAID ABOUT THE KING AND I:

“Five stars for a sumptuous King and I. Book Now. It’s a hit”

“The evening belongs to Kelli O’Hara”

“We left the London Palladium on a bright cloud of music – joyous!”

“The screened version of the Palladium run brings a completely new perspective to the show, not only delivering a true reflection oft he live experience, but enhancing it beyond expectations.”

“A superlative capture of a splendid production bringst he Rogers and Hammerstein classic to a new audience.“