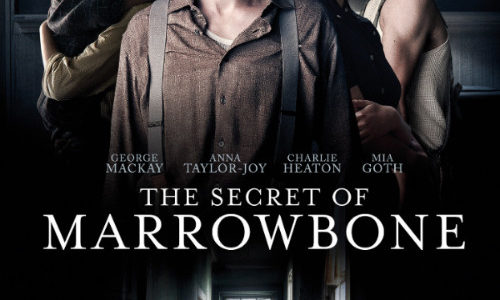 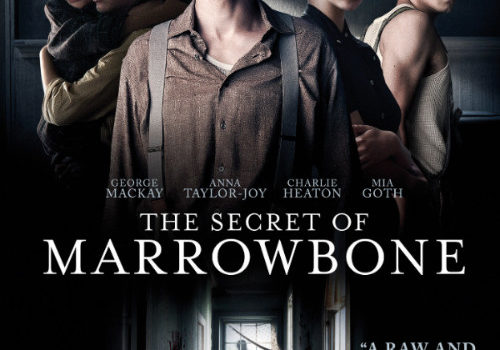 From the writer of THE IMPOSSIBLE and THE ORPHANAGE, comes a unique and haunting psychological thriller set in 1960s rural America. Starring GEORGE McKAY...

From the writer of THE IMPOSSIBLE and THE ORPHANAGE, comes a unique and haunting psychological thriller set in 1960s rural America. Starring GEORGE McKAY (Captain Fantastic, Defiance), MIA GOTH (Suspira, Everest) and CHARLIE HEATON (Stranger Things) THE SECRET OF MARROWBONE is out to own on DVD and Download this November.

After their mother’s death, Jack (George McKay) and his siblings, have to learn to survive on their own, hiding from the world in the crumbling family house and with no other place to go. When their peaceful existence is threatened by a local lawyer wanting to repossess the house, their mother’s death is only the first of many secrets kept within the walls of the old Marrowbone House that will be revealed. As a menacing presence takes hold, Jack must fight against the demons to protect his siblings.

THE SECRET OF MARROWBONE is a chilling new haunted house story featuring stand-out performances from the rising cast.

Entertainment One Ltd. (LSE:ETO) is a global independent studio that specialises in the development, acquisition, production, financing, distribution and sales of entertainment content. The Company’s diversified expertise spans across film, television and music production and sales, family programming, merchandising and licensing, and digital content. Through its global reach and expansive scale, powered by deep local market knowledge, the Company delivers the best content to the world.

The Company’s rights library is exploited across all media formats and includes more than 100,000 hours of film and television content and approximately 40,000 music tracks.