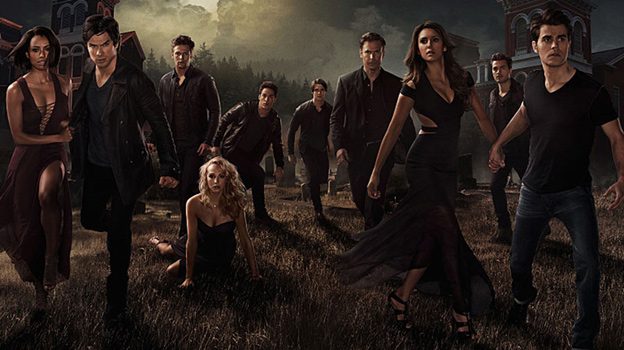 The Vampire Diaries has come to an end after eight seasons and eight years of filming. The youth drama starring Elena Gilberg and the...

The Vampire Diaries has come to an end after eight seasons and eight years of filming. The youth drama starring Elena Gilberg and the Salvatore brothers said goodbye last March.

Mystic Falls doors have been closed forever after a tragic end, marked by that death we all less expected. After living eight seasons on an authentic roller coaster, The Vampire Diaries have been dismissed with a great drama in its last chapter, the death of one of the main characters. This death came as a surprise even to the showrunner of the series, Julie Plec, who has explained, The Hollywood Reporter, that  they had other alternative endings for the vampires of Virginia.

For those who have not yet seen the end of the TV series, stop reading now, otherwise you will run into big spoilers. You have been warned.

The ruthless Katherine Piers (Nina Dobrev) returns to Mystic Falls summoning the flames of hell, but Bonnie (Kat Graham) puts all her magic together and discovers how to destroy it. With a little smack: someone must sacrifice himself to save everyone. Thus, Stefan (Paul Wesley) does not think twice about saving everyone. The human Stefan sacrifices himself so that his brother Damon can come back to life, redeem himself and live next to Elena Gilbert, as a human.

However, as Julie Plec explained, their main idea wasn´t sacrificing only a single Salvatore. Before Elena became a vampire and Nina left the series, the creators devised the death of the Salvatore brothers, Stefan and Damon. “Many different versions have crossed our minds. The show could have ended with both brothers dying and watching Elena come back to life and live her life as a human, growing up, being happy, having children and getting married,” explains Plec.

After many endless arguments, including killing Damon instead of Stefan, the series producers decided to end Stefan’s life even though he still had a lot left to do. “His death is absolutely tragic for many reasons, but his experience also has a meaning since he was the one who got them into this mess and he is responsible to get them out of it”, clarifies the producer.

Bonnie was also part of an alternate ending which did not allow her to travel around the world. “Bonnie needed to survive and grow, to live a long life and to have everything she had ever wanted. We doubted at some point whether or not Bonnie and Matt Donovan could end up together and have children.”

In spite of everything, Elena Gilbert and Damon found peace together in the final scene of the Vampire Diaries. Elena returns with her family, her parents and her uncles, Jenna and John; while, Damon sees his brother one last time and says goodbye to him. After all, Elena and Damon get to have their longed-for happy ending.

“For me, that’s peace and everyone can define it as they please: as the end, as a heaven, as a spiritual world… However you want to define it, for me this is what peace means, having everything you always wanted.” – said Julie Plec in relation to Elena’s reunion with her family.