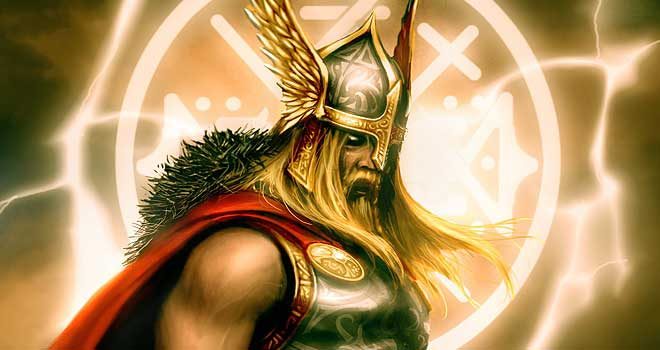 Thor Mythology Vs Marvel: A Clash Of Titans

Over the past few years the number of Marvel-based adaptations has been overwhelming. It seems almost any character featured in the pages of some...

Over the past few years the number of Marvel-based adaptations has been overwhelming. It seems almost any character featured in the pages of some of the most popular Marvel comics to hit shelves to date has managed to find a spot somewhere amongst the many feature projects that have hit the big screen.

Whether this is simply as a supporting character or to appear in the title role and land themselves a recurring role in multiple releases and sequelisations. Even though all the Avengers haven’t yet had their own leading vehicle to enjoy one character that has managed to draw out two stand-alone movies, with a third on the way, is Asgard’s very own Thor.

Like most Marvel adaptations it’s a very fine line between keeping a cinema going audience pleased whilst not overly offending hordes of fans that are extremely precious when it comes to their beloved comic book stories. Artistic licence is one thing but when you’re building a very detailed, interconnected movie universe it is crucial that you find the right balance to keep all parties happy.

The original Thor movie arrived in theatres back in 2011 and even though there were obvious alterations and enhancements made between the big screen and the original pages of the comic books it was still a project very much created with love of the original source material.

However, whilst many sweat over the concept of comic book to feature modifications Thor has a much richer history than just from the pages of its Marvel origins. The legend has inspired so much including the popular Thunderstruck2.net game and this hammer wielding God is of course based on the Thor from Norse mythology but just how loyal to the actual folklore has Marvel been?

In terms of heroicness there’s no doubt that the mythological version of Thor is very much on par with that of Marvels action-hero counterpart and even his accompanying hammer, Mjölnir, is very much spun from the same legend. However, there are a number of notable differences between the two iconic figures.

There are certainly differences with the actual look of the God when compared to that of actor Chris Hemsworth on-screen appearance. A red headed Thor with a beard is the traditional look that experts have come to associate with the fictitious God and this is based upon a sign of masculinity in Norse mythology. For the movie it was blonde and blue eyes all the way and the beard was demoted to that of close shaven blonde stubble instead.