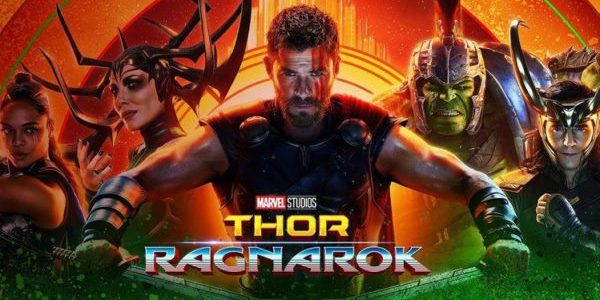 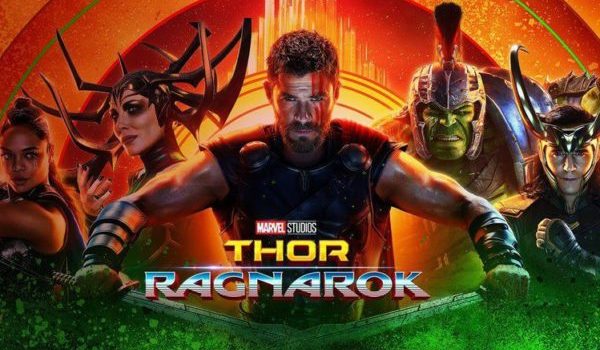 The most fun you’ll have from a Marvel movie since The Avengers. Part of the slowly frustrating side of the comic book sub-genre is...

The most fun you’ll have from a Marvel movie since The Avengers.

Part of the slowly frustrating side of the comic book sub-genre is a recent feeling of repetitiveness and a lack of anything particularly new or exciting – that is until a film like Thor Ragnarok comes along to remind you that entertaining is what these films are simply made for. Taking the reigns from the much more serious edge of Alan Taylor’s Dark World, Taika Waititi brings to the fray a film very much continuing his now trademark wittiness and genius stroke. Ragnarok may be a film darkened by the prospect of an apocalypse on Asgard, but it brings the house down with humour unmatched by any other Marvel film we’ve witnessed in the past.

Thor (Chris Hemsworth) returns to Asgard after yet another tight spot to discover brother Loki (Tom Hiddleston) is on the throne and father Odin (Sir Anthony Hopkins) is in exile. With the help of a friend (the first of many brilliant cameos littered across the film), the brothers find their father only for him to deliver a damning message – Ragnarok is coming, an apocalypse led by the goddess of death, Hela (Cate Blanchett). When an initial face-off with this new threat falters and sees Thor without his hammer, the Avenger finds himself on a planet led by the crazed Grandmaster (Jeff Goldblum). Here he comes across the previously missing Hulk (Mark Ruffalo) and fellow Asgardian, Valkyrie (Tessa Thompson), who he must enlist to return to his homeland to stop Hela once and for all.

He may have felt somewhat of a sideline player ultimately in Civil War, it’s great to see Thor back and firing back with ferocity and blasé that makes him still to this day one of the most exciting Marvel characters on screen. This time around, with Waititi pulling the strings we have that extra element of guaranteed laughs, building upon the original fish-out-of-water gags of the original and planting belly laughs left, right and centre. Building the foundation for a hellacious ride of entertainment, the laughs pave the way for frenetic action, a progressive storyline and some superb interactions between characters.

As one would expect, Hemsworth continues his tour de force as Thor, embodying the demi-God’s personality exceptionally and hitting all the right notes, whether providing a silly moment played for laughs or showing his sheer strength as a hero. All that and with a new haircut too and a stellar sense of partnership with Mark Ruffalo returning as the Hulk. Then there’s Hiddleston once more proving that Loki could appear in every Marvel movie and still not feel overused, his sharp tongue and sly smile providing that will-he, won’t-he villainous edge. As for the newcomers, Thompson is stellar as the strong female hero, Blanchett oozes evil in her Hela persona and Goldblum is clearly having a riot in his colourful role. A standout though, comes in the form of director Waititi himself as Korg, delivering the best of the one-liners that will have you laughing non-stop. And then there’s the cameos that all and sundry will simply adore…

Thor Ragnarok is the most entertaining Marvel film since the inception of the Avengers and it may well be the funniest Marvel film of them all. Packed with powerful punch lines, providing colourful and inventive set pieces and littered with colourful characters it is the sure-fire hit that we come to expect from the comic book powerhouse studio.