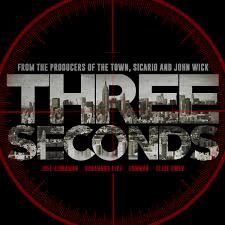 Three Seconds: The Gangster Returns To The Big Screen

Three seconds, that is what it takes to change someone’s life. And that is actually the name of the action-packed movie that is going...

Three seconds, that is what it takes to change someone’s life. And that is actually the name of the action-packed movie that is going to be released next year. Moreover, it is based on the Scandinavian novel with the same name which is a true dark thriller masterpiece.

It’s been a while since a movie about organized crime has been on the big screens and we all have high hopes for it. We all love to see what’s behind a criminal mind, how it actually works and that is exactly what this highly entertaining movie wants to show us. With the action taking place in the contemporary Sweden and with an ex-convict who is turned into a double agent, you’ll surely be absorbed by this universe where everything has a question mark over it.

Mafia gangs, drug trafficking, guns, gangsters, these are all interesting because a lot of such movies have a certain elegance mixed with a lot of action. The characters are very different from the real-life outlaws. Most of them simply remind us of the Italian mobsters that would spend their lives going to hundreds of casinos, shooting people, and doing all kinds of shady business.

The main character, Pete Koslow, is a reformed criminal and a former special operations soldier whose life is about to change. To gain his freedom, he’s going to infiltrate the Polish mob’s drug trade in New York, while working undercover for the FBI. This is a race against time where he must become once again the bad guy and do what they do and, more importantly, be good at it!

Still, putting that aside, is it possible to shake off so easily the sneaky enjoyment of doing whatever you want, when you want? Pete is going to do absolutely everything for his freedom and to return to his wife and daughter, even going back to the place he hated the most, the Bale Hill Prison. But will the character be capable to put everything he achieved behind in order to become a good person? Will he be able to see once again with his own eyes the horrors a man can do? It truly is a fine line that separates sanity from madness and this is a test that our main character has to take and we shall see if he’ll pass it or not. But one thing is for sure when it comes to freedom, a man is capable of anything and nothing can stand in his way to achieve it.

Three seconds has everything you wished for in a thriller movie: it has a lot of drama, the plot is amazing, and, the best part, it is very original. It is a movie that should not be missed.