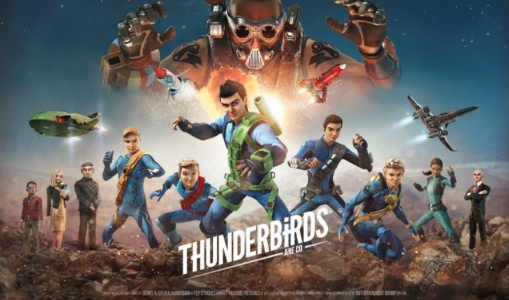 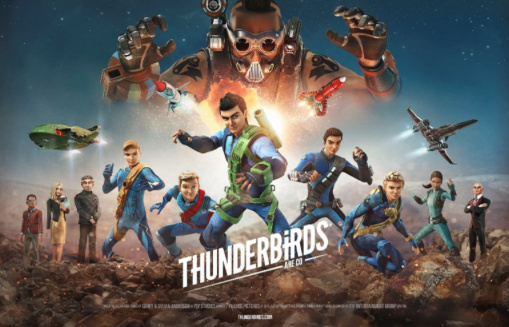 Thunderbirds Are Go Season 3 To Debut This Spring On CITV

The hotly anticipated, iconic British TV series Thunderbirds Are Go arrives back on our screens, with Season 3, Part 1 airing on CITV Spring,...

Produced by ITV Studios and Pukeko Pictures in association with Weta Workshop, this season will introduce two brand new characters: a villainous coalition, THE CHAOS CREW – HAVOC (a master thief and pilot) and FUSE (a hulking demolition expert). They bring an array of exciting destructive skills, weapons and vehicles including SPOILER (Havoc’s car), BASHER (Fuse’s ATV) and their combined aerial jet known as THE CHAOS CRUISER. Also joining the star-studded cast is multiple award-winning actress RUTH JONES, playing an unflappable rig driver on a treacherous mountain road and BEN BAILEY SMITH as Jensen Hunt. Fun for the whole family, fans old and new, or those looking for an introduction to the world of International Rescue, this is one not to be missed!

This series, International Rescue has their hands full: The Tracys and their Thunderbirds must go above and beyond to tackle new threats while continuing to rescue those in need. An undersea mission for Thunderbird 2, the return of Maximum MAX (and several other MAXes for that matter), the unrelenting heat of planet Mercury and a rapidly growing giant geranium are just a taste of what’s in store. Luckily, our heroes find help along the way: from a game master within his futuristic virtual realm, a rig driver facing perilous conditions, and a pompous race car driver just to name a few. The GDF also steps in to help with their own rescue operation machinations (known as “R.O. BOTS”), but they soon prove to be more trouble than they’re worth. All the while, through every adventure, a grand and ultimate mission begins

to take shape. One that will require the combined assembly of every Thunderbird, not to mention the aid of International Rescue’s old “friend” – the Mechanic. This mission, once attempted, would leave Tracy Island vulnerable to a devastating attack, but it may also end in the Tracys’ biggest and most personal rescue yet.

Join us for this thrilling, explosive and emotional chapter of… THUNDERBIRDS ARE GO!