TOTAL DHAMAAL TRAILER: BIGGEST FRANCHISE OF LAUGHTER IS BACK WITH THE WILDEST ADVENTURE COMEDY EVER! Ajay Devgn, Madhuri Dixit, Anil Kapoor and others are caught...

TOTAL DHAMAAL TRAILER: BIGGEST FRANCHISE OF LAUGHTER IS BACK WITH THE WILDEST ADVENTURE COMEDY EVER! 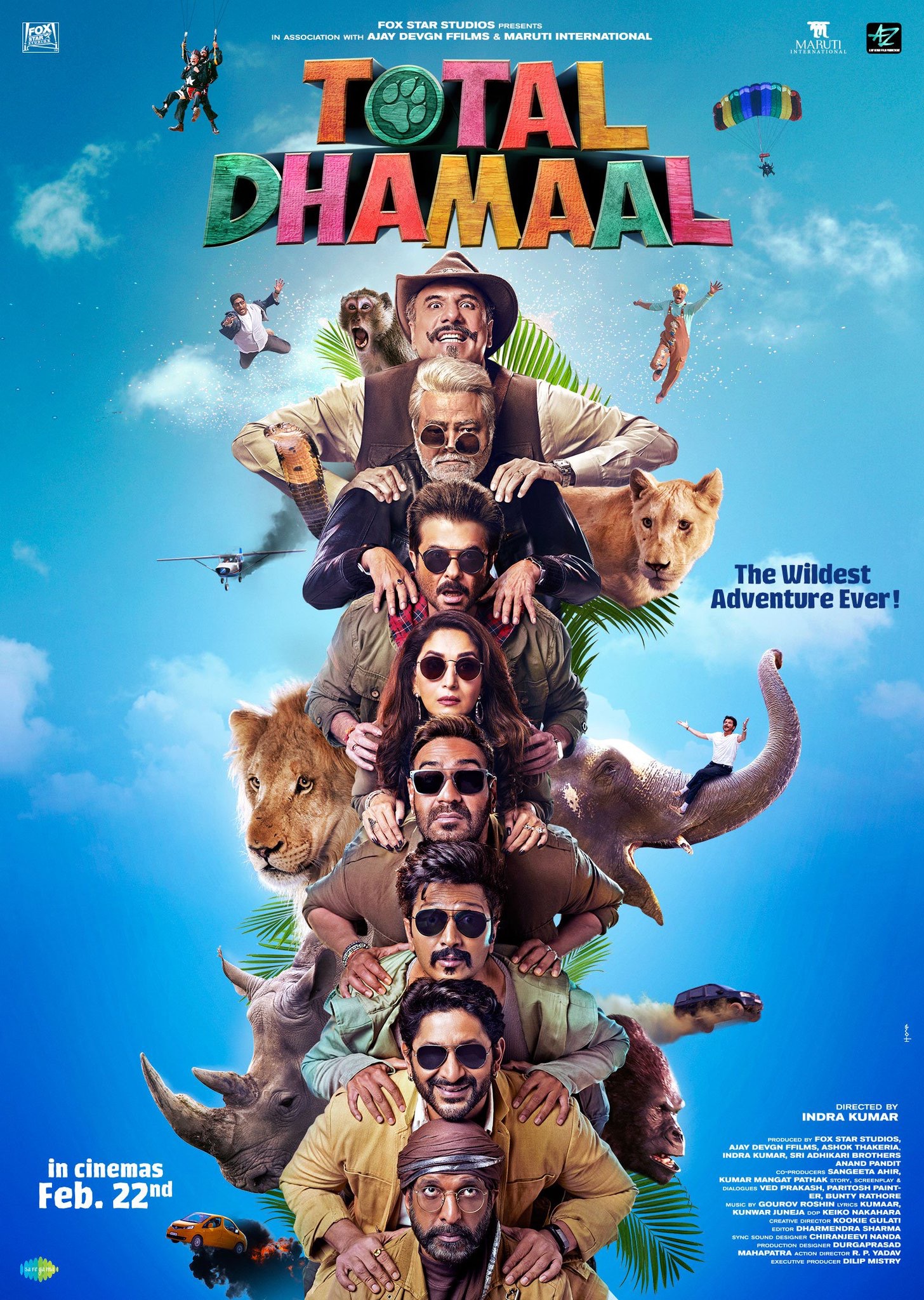 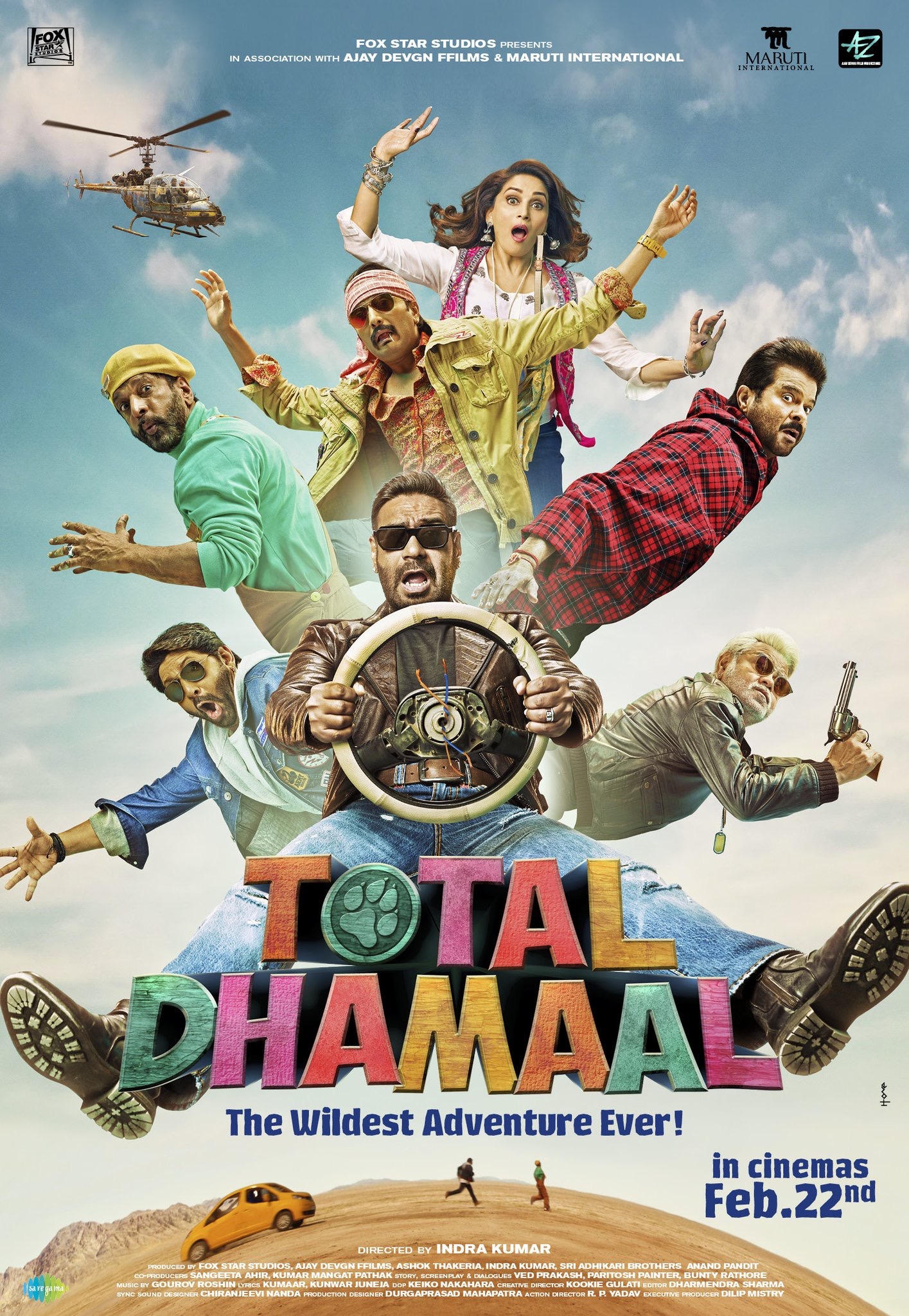 Ajay Devgn, Madhuri Dixit, Anil Kapoor and others are caught in a jungle of bizarre characters!

After treating the fans with quirky posters, an introduction to the beloved character of Crystal the Hollywood monkey, and promising heaps of mayhem and madness, the much-awaited trailer of director Indra Kumar’s Total Dhamaal has just dropped….and after watching the trailer fans can surely say the film is one complete laugh riot!

Presented by Fox Star Studios in Association With Ajay Devgn Films & Maruti International, the Anil Kapoor, Ajay Devgn, Madhuri Dixit, Arshad Warsi, Riteish Deshmukh and Johnny Lever starrer looks set to be hilarious as it promises to take audiences on a wild adventure. There are several moments in the trailer itself that will make fans laugh-out-loud like never before.

From the trailer the film appears to based on a treasure heist of sorts. The characters are split into teams in pursuit of a huge sum of treasure which is hidden deep in a place called Janakpur. Ajay Devgn and Sanjay Mishra seem to be in one team, while yesteryear hit jodi Anil Kapoor and Madhuri Dixit form another team. Keeping in sync with the previous films, Arshad Warsi and Javed Jaffery are also one team. Incidentally, the characters will face encounters with wild animals in the film, as can been seen in the trailer.

Ajay Devgn shared the trailer on his Twitter account and wrote “The Wildest Adventure has begun! Watch the #TotalDhammalTrailer”

Last week, Ajay Devgn also revealed that Crystal the monkey, who featured in Hollywood films such as Hangover II and Night At The Museum, will be a part of Total Dhamaal. “Say Hi to Hollywood’s head-turner Crystal, debuting soon in Bollywood in Total Dhamaal. Trailer out soon!” he wrote.