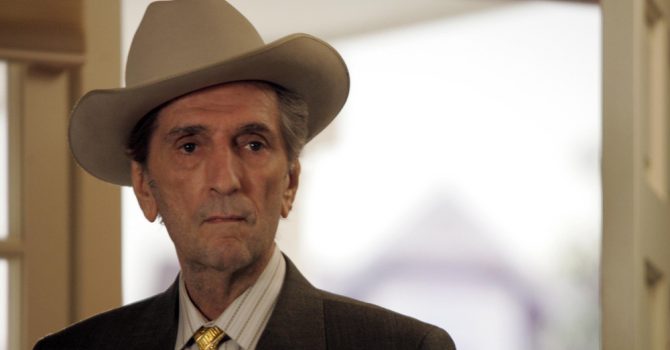 The weekend begins with sad news today, as it has been confirmed that Harry Dean Stanton passed away yesterday in Los Angeles.   The...

The weekend begins with sad news today, as it has been confirmed that Harry Dean Stanton passed away yesterday in Los Angeles.

The renowned character actor and musician had a career that spanned 6 decades, consisting of memorable supporting roles of offbeat characters. He found mainstream success in the 80’s, following his breakthrough performance as Travis, the lead in Wim Wenders’ Paris, Texas. Which was incidentally a role offered to him by the screenwriter of the film, Sam Shepard – who also unfortunately passed away earlier this year.

A statement from @DAVID_LYNCH on the passing of the great Harry Dean Stanton. #RIPHarryDeanStanton #TwinPeaks #Showtime pic.twitter.com/EmsO1zotsk

The Alien family mourns the loss of Harry Dean Stanton. May you rest in peace. pic.twitter.com/iAw2VcK2Uw

Harry Dean Stanton was basically the Zelig of modern cinema turning up in The Godfather, Straight Time, Alien, Escape From New York… pic.twitter.com/M63xnHwcc1

Harry Dean Stanton was the definition of cool. On Alpha Dog, he wouldn't leave a room w/o saying, "Love ya. Mean it." Such a great guy. RIP

This angel on earth left us today. Harry Dean Stanton was one of those special spirits that graced our realm.https://t.co/bKZIxn9o4F pic.twitter.com/Iw8IMsmse9

In recent years he found a resurgence following appearances in TV shows such as HBO’s Big Love and Two & A Half Men, and cameos in the films Seven Psychopaths and The Avengers. Culminating in a much praised reprisal of Carl Rodd in Twin Peaks – The Return.

The World War II Navy veteran’s is also notable for appearing in films such as, The Godfather Part II, Alien, Cool Hand Luke and Repo Man. One of his last completed works, Lucky, directed by John Carroll Lynch, scheduled for its UK premiere at the London Film Festival on October 9th. With some citing Stanton’s performance in the film as ‘career-defining’.