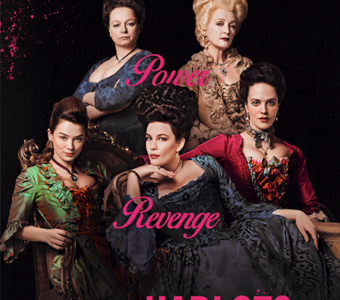 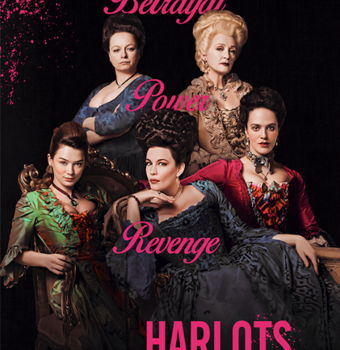 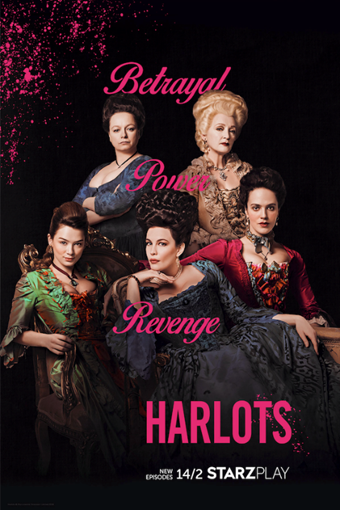 “Harlots has swagger in spades” The Guardian

STARZPLAY today announced that Season Two of the hit U.S. drama series “Harlots” is coming to the UK, exclusively on STARZPLAY via Prime Video Channels and Virgin Media on VALENTINE’S DAY THURSDAY, 14 FEBRUARY with all eight episodes. In addition, all episodes of “Harlots” Season One join the subscription service on 18 January.

“Harlots” Season Two follows the Wells family, led by matriarch Margaret (Morton) whose daughter Charlotte (Brown Findlay) places herself in the home of arch-rival bawd Lydia Quigley (Manville), taking their toxic and deep-set rivalry to a dangerous new level. Entering this already explosive situation is enigmatic aristocrat Lady Isabella Fitzwilliam (Tyler) who has long-held secrets that keep her in the thrall of Lydia Quigley, but who will find an unexpected ally in Charlotte Wells.

“Harlots” is produced by Monumental Television and distributed by ITV Studios Global Entertainment.

The STARZPLAY premium streaming service gives subscribers access to acclaimed series like “Mr. Mercedes” and “The Royals” along with its growing selection of exclusive STARZ Originals on the same day they launch in the U.S., including “Counterpart” and “Sweetbitter” as well as hit movies like The Hunger Games.

Virgin TV customers who add the STARZPLAY subscription to their package will soon be able to view the content by pressing Home on their V6 remote control and then clicking On Demand followed by Box Sets.