Want To Kill Some Time? Here Are The Latest Hollywood Themed Casino Games!

Most of us associate Hollywood with glitz and glam, lights, camera and action. It’s a world of fantasy where anything is possible. The ultimate...

Most of us associate Hollywood with glitz and glam, lights, camera and action. It’s a world of fantasy where anything is possible. The ultimate escape. So, it makes sense that it would serve as inspiration for some of the most popular online casino games.

Now you can have a taste of that Hollywood life, complete with a virtual celebrity life of flying in jets, shooting films and getting dressed in glamorous garb. All you have to do is download and play one of many Hollywood themed online casino games and stand in line to win massive jackpots.

Hollywood slots are released almost every month in accordance with new movie releases, which means you can continue the adventure long after the movie credits roll in the cinema.

Plus, most Hollywood slots are based on a particular movie and/or movie star, complete with high quality graphics that will make you feel as if you’re actually there.

While Hollywood themed casino games have only been around for a few years, many of them are already notorious for providing high-energy thrills and exciting game play. As with anything, the cream rises to the top and there are already a few Hollywood slots that are far more popular than others, and have raving fans to prove it. Here are just some of them:

The Dirty Dancing game is powered by Playtech and it’s based on a Hollywood classic that tells one of the greatest love stories ever portrayed on film.  It has all the characters you know and love from the original film including Baby, Jonny and Penny. There are also three mystery features that you can spontaneously trigger to advance in the game, and it’s so realistic that fans of the movie will feel a sense of deja-vu when playing it.

Action movie fans rejoice! Top Gun is another cult classic that offers mind-blowing stunts and fast-paced action that will have you at the edge of your seat. Not only will you stand a chance to win big, but you’ll enjoy every moment of playing this game just for the thrill of it. It comes complete with the movie’s original soundtrack, characters, quirky one-liners, and Playtech spared no expense when it comes to the graphics and features. 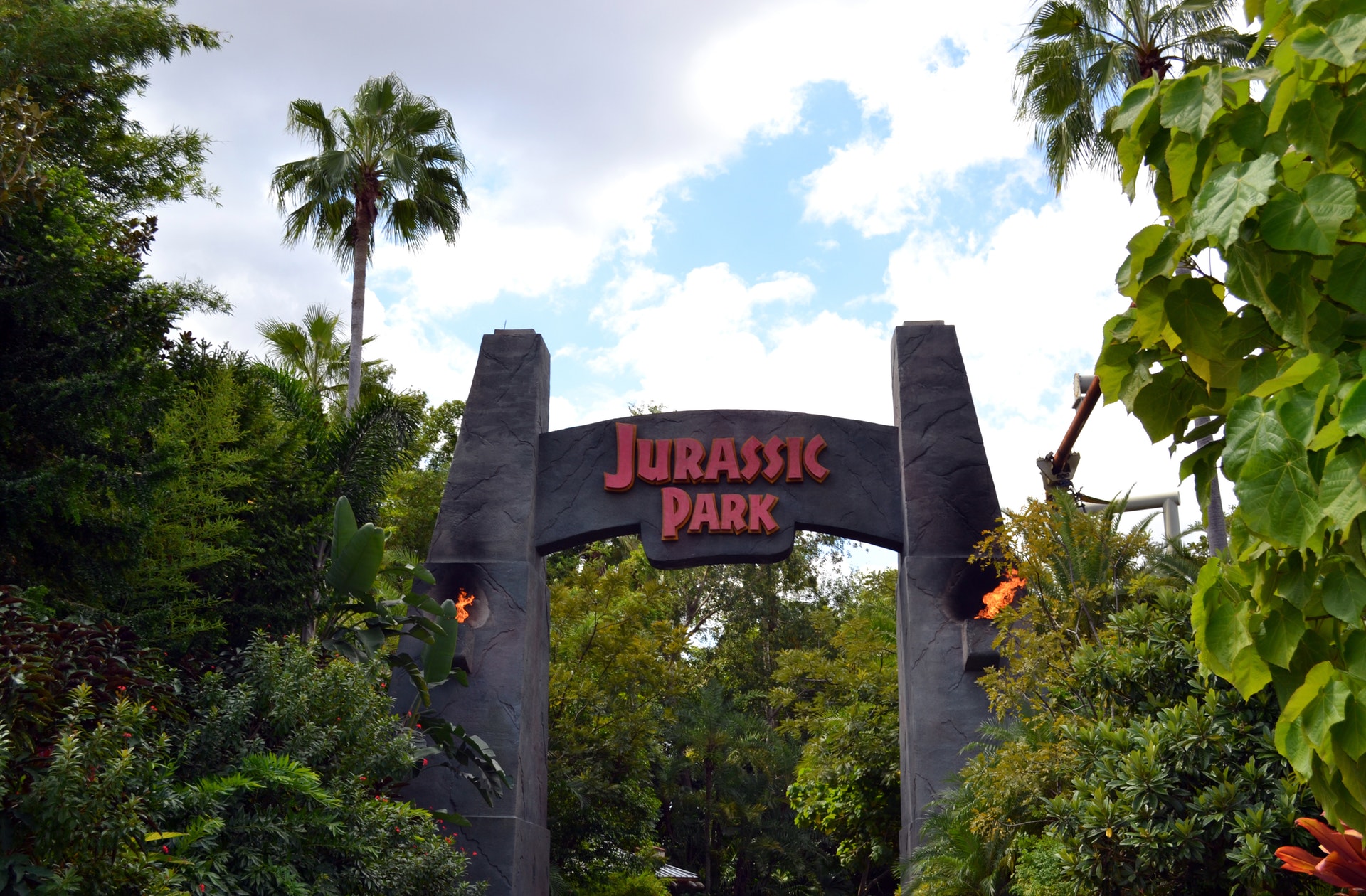 This award-winning film by Steven Spielberg has always been a timeless classic, and it was a pioneer in so many ways. Never before had the world seen the type of graphics, picture quality and world building done on a cinematic scale.

This slot carries that theme with outstanding graphics that include Parallax scrolling effects, an exciting T-Rex alert feature and a unique 5-round spin feature that shows you five different dinosaurs.

This slot is so good that we’re sure Jeff (who plays one of the main characters Dr. Ian Malcom) would give it 10 Goldblums out of a possible 10 Goldblums if he played it.

Some of our favorite features from this slot include the double parallel 3×5 slots which are based on specific characters from each of the films. Each mode also comes with its own bonus features and free spins, while the Stacked Wild and Dual features have an impact on both modes. 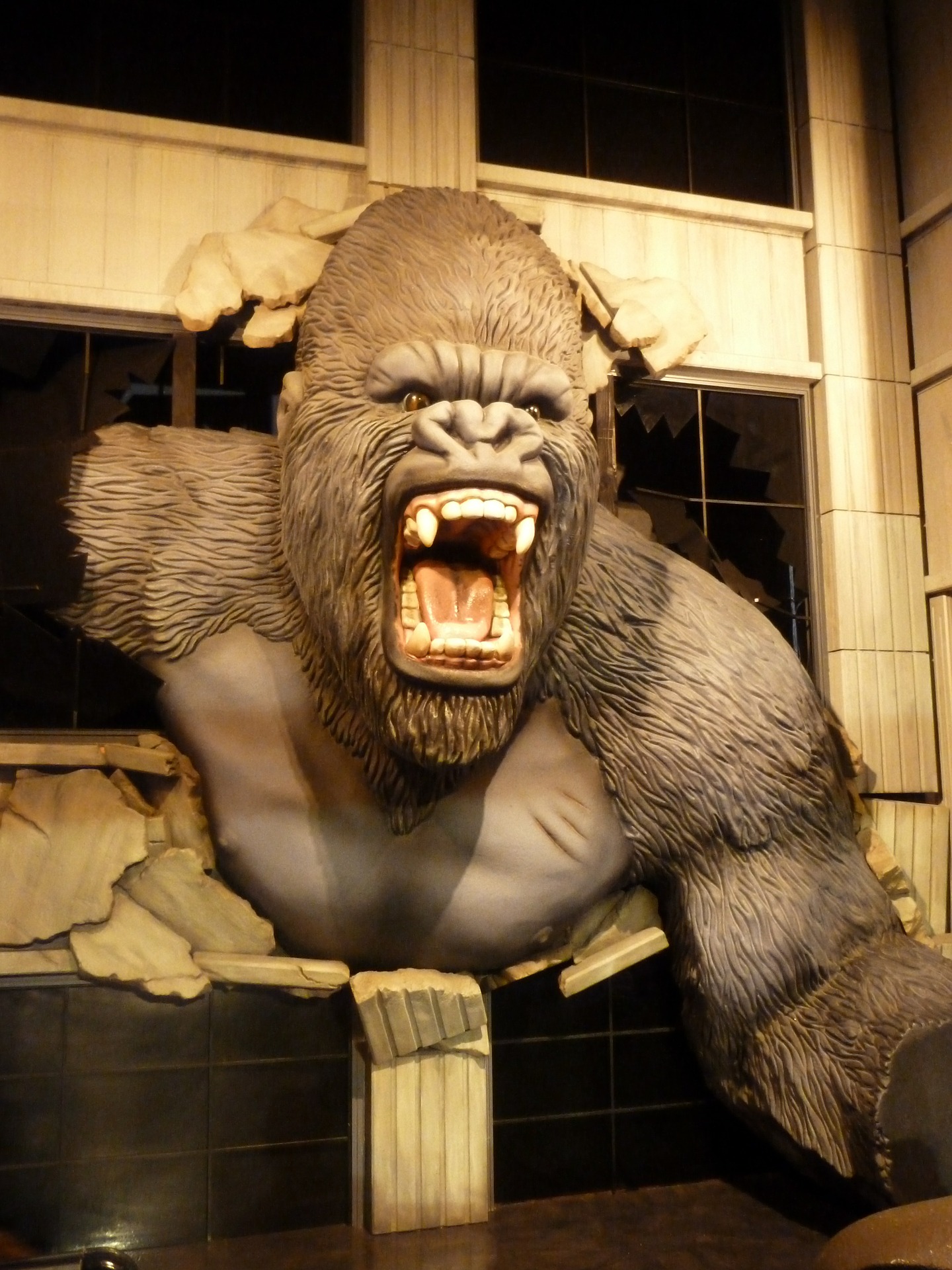 Last but not least; King Kong. Playtech pulls out all the stops with a game that looks more like an advanced rendition of the 1933 original film. Players will love the fast action video clips and seeing all the original characters from the movie is a real treat!

However, what sets this slot apart from others is the fact that it comes in two different modes including a Jungle Mode with Wild Jungle Respins, and Big City Mode which comes with a City Tower Bonus and Wild Kong Respins.

Like most people, we enjoy a good movie night. But, the best way to keep the excitement going after an action packed flick is to play a Hollywood themed casino slot and combine your two favorite pastimes.

Nowadays, game developers are able to create realistic looking games that are based on actual films thanks to licensing agreements that are struck with film production companies. That’s why most of these games actually feature original video clips, images and music from the actual films they’re based on.

So, it’s not like you’ll be playing a slot based on a watered-down version of the movie, but it’ll be like continuing the experience you had when watching the movie for the first time.  The best part is there’s a list of casinos and casino games found on gamblingmetropolis.com, so you’ll never run out of exciting Hollywood Themed Casino Games.