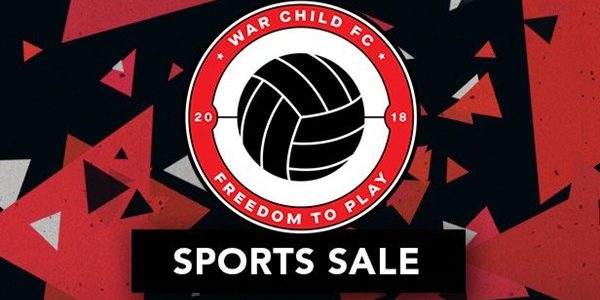 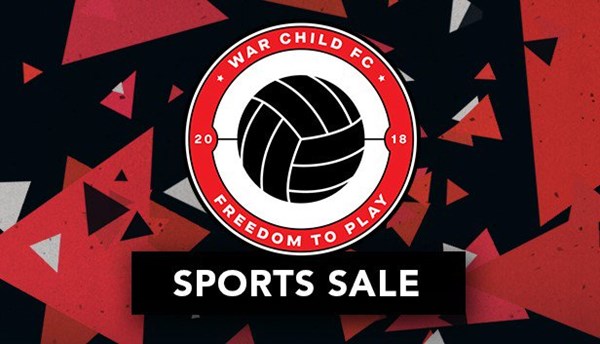 London, United Kingdom – 14th May 2019 – War Child UK is celebrating the next step in its exciting War Child FC project, which...

London, United Kingdom – 14th May 2019 – War Child UK is celebrating the next step in its exciting War Child FC project, which uses the power of football to support the lives of children and young people who live in conflict areas. War Child FC’s latest activity continues its targeting of gaming and e-sports through a unique kit in EA SPORTS FIFA 19, a celebrity livestream and sports themed steam sale. The activity will also see support from long-time War Child advocate and donor Sports Interactive.

A host of celebrities will come together in an epic clash, playing EA SPORTS FIFA 19 in a tournament livestreamed on Twitch. Competitors going head-to-head are set to include Abbie McCarthy from Radio 1, Ronan Kemp from Capital Radio and actor Blake Harrison of Inbetweeners fame. The livestream will be broadcast on War Child Gaming’s Twitch channel at https://www.twitch.tv/warchildukgaming and all are invited to tune in, donate and cheer on their favourite celebrities on the virtual playing field.

EA SPORTS FIFA 19’s latest update includes an exclusive War Child kit, available from 6pm, Friday May 10th as a part of the   Weekly Objectives on PlayStation®4, Xbox One, Nintendo Switch™ and PC, giving the massive FIFA audience around the world a chance to help raise awareness of War Child’s vital work. The eye-catching and playful kit was designed by global sports agency Octagon, features the iconic black and red of War Child in the home kit and the colours of the flags of the countries where the charity operates in the away kit.

From today Tuesday 14th May at 7am BST, the War Child FC Steam sale will be going live. Gamers can take advantage of a specially-curated list of sports titles from across the ages with proceeds going to support War Child’s activities. Delights from over the years are represented in the list with games from the likes of 2K, Techland, Focus Home Interactive, 505 Games and Milestone.

The full list of games in the War Child FC Steam sale includes;

Wayne Emanuel, Head of Gaming Partnerships, War Child UK, said “We’re blown away by the support we’ve received from across the games world for War Child FC, a brand-new programme connecting communities and bringing play to the lives of children in war. The language of football is uniting, perfectly represented in FIFA 19’s popularity, giving us the ability to raise awareness of our cause. Every game and every player that takes part in some way this year makes a real difference.”

Charlie Weir, Marketing Communications Manager, EA SPORTS FIFA said “We’re happy to take part in War Child FC and let FIFA 19 players help raise awareness with a unique in-game item. It’s no secret that the FIFA community is broad and diverse, really engaged and with a passionate attitude, making FIFA 19 the perfect platform to highlight a deeply important cause. We encourage all our players to take part, have fun and keep playing so children can play.”

War Child UK supports children whose lives have been torn apart by war. The specialist gaming team has innovative fundraising partnerships across the PC, console and mobile industries, as well as through streaming and support from the gaming community and to date has brought in a massive $4.3million through gaming. It’s always looking for new ways in partnering and War Child FC presents an opportunity to support children in a different way. You Play, So Every Child Can.