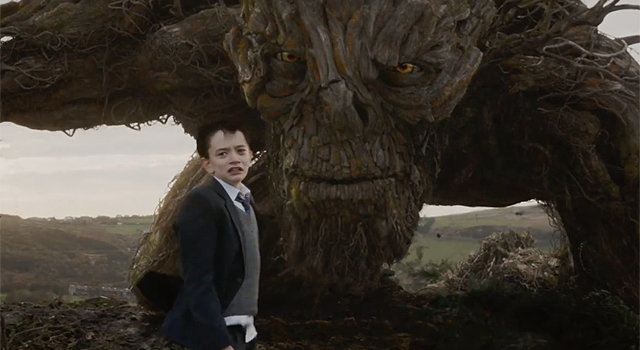 Of the upcoming films around Christmas and New Year, we’re certainly eagerly awaiting J.A. Bayona’s A Monster Calls. A film that looks as mesmerizingly...

Of the upcoming films around Christmas and New Year, we’re certainly eagerly awaiting J.A. Bayona’s A Monster Calls. A film that looks as mesmerizingly beautiful as it does guarantee a truly emotional and gripping experience, its release on New Years Day cannot come sooner.

In anticipation for the release of the film, we have a video of one of its stars, Liam Neeson, reading chapter one of the book from which the film is adapted. Who wouldn’t want to listen to Neeson’s dulcet tones, after all?!

You can watch Neeson do just that below.

A visually spectacular drama from acclaimed director Juan Antonio Bayona (“The Impossible”), based on the award-winning fantasy novel. 12-year-old Conor (Lewis MacDougall) attempts to deal with his mother’s (Felicity Jones) illness and the bullying of his classmates by escaping into a fantastical world of monsters and fairy tales that explore courage, loss, and faith. Also featuring Liam Neeson who will star in performance-capture and voiceover as the nocturnally visiting monster of the title, and Sigourney Weaver as the maternal grandmother.

A Monster Calls is released in UK cinemas on New Years Day.