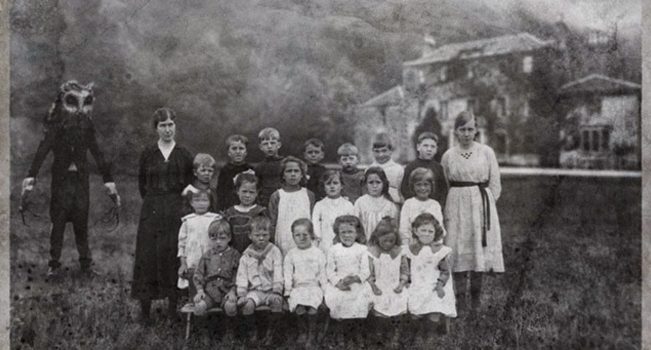 Watch: The Black Gloves Trailer Is Eerie As Hell

Black-and-white horrors have impressed audiences in recent times, with A Field In England, The Eyes Of My Mother and A Girl Walks Home Alone...

Black-and-white horrors have impressed audiences in recent times, with A Field In England, The Eyes Of My Mother and A Girl Walks Home Alone At Night all making full use of the classic presentation, and now The Black Gloves is the latest project to utilise this timeless method.

A project that is only available to watch via Kickstarter, The Black Gloves has its first trailer; an eerie mix of striking imagery, disturbing music and a real sense of the unknown, lending to its unsettling tone. It’s a film that certainly looks hugely intriguing, with its setting and specific characters posing something quite special and cast members that include Spanish horror icon Macarena Gomez and Nicholas Vince.

You can watch the new trailer below and check out the full synopsis for the film. The film’s awesome poster is also shown below, harking back to the classic days of horror.

The Black Gloves tells the story of a psychologist obsessed with the disappearance of his young patient, and the menacing owl-headed figure that plagued her nightmares. His investigations lead him to a reclusive ballerina who, just like his patient, is convinced that she is about to die at the hands of this disturbing entity.

In the bleak Scottish highlands, Finn counsels his new patient, under the watchful eye of her sinister ballet teacher. He soon finds himself entangled in a ballet of paranoia, dark agendas and a maze of deadly twists and turns, as the legend of the Owlman becomes a terrifying reality.