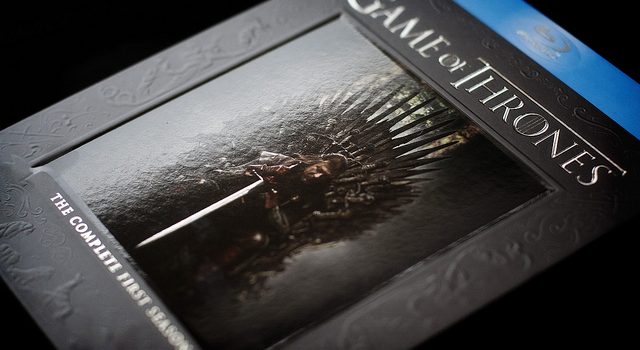 We all wish our favourite TV shows would never end

The sad fact is that all good things come to an end eventually. Some TV shows seem to go on forever, then there are...

The sad fact is that all good things come to an end eventually. Some TV shows seem to go on forever, then there are those shows that are distressingly canceled after just a few seasons. Are you one of the many who binge-watch your favourite shows or do you follow the airing schedule? Many of us feast on a TV series by buying the DVD set or most commonly nowadays by streaming or downloading entire shows.

Just as television dominates popular culture, so too is its presence felt in the online casino world. Big-name game software producers have created slot machines based on movies, game shows, cult programs, franchise names, and soap operas. If there is a licence agreement for a branded slot of a popular TV show, either ongoing or discontinued, then there are slots based on that show out there to be enjoyed. All in all, these games are a must for online casino players doubling as TV aficionados!

So, the BBC mega-hit Sherlock is not really originally a TV show but a book by Arthur Conan Doyle. But Sherlock season 4 aired last month. Casting Benedict Cumberbatch as Sherlock and Martin Freeman as Doctor John Watson season 4 may be the final curtain for this hit TV series.

However, you can still enjoy playing Sherlock Holmes the slot developed by Yggdrasil whenever you want to get over that sad reality.

Rest assured Sherlock and Watson won’t be turning in their graves to find themselves in the surreal world of free spins, sticky wilds, and multipliers as after all they are but fictional characters. Knowing Sherlock he would simply deduce the workings of such contraptions and utter the now immortal words “elementary, my dear Watson” to his baffled colleague.

Other TV shows still running that already have their very own slot machines are Game of Thrones (Microgaming) The main feature is free spins mode which gives you the chance to serve one of the four great houses of Westeros with its own unique feature. Fans of the TV series will love the rich detail and gameplay as they eagerly await season 7 to kick off later this year.

Others worth a mention are Ellen: The Ellen DeGeneres Show who has partnered casino gaming manufacturer IGT to release her very own line of branded slot machines based on her popular talk show. These are sure to be hit with fans.

The X Factor is now 13 series old with number 14 in the pipeline and this is one show that may never end, so it seems fitting that it already has it’s own slot machine. Freemantle’s X-factor steps to stardom gives you a chance to croon your way to stardom.

If you can’t find a slot machine of your current favourite TV Show, do not despair. It usually takes a while for the producers of popular TV series to sell the brand rights of their show to slot machine developers so it is probably in the pipeline. Slots stay around long after the show itself has ended.

Feeling nostalgic about past TV Shows?

You can either re-watch your favourite TV shows from start to finish or try your luck of this slot machines.Here is a list of classic TV shows that have great slots for you to enjoy giving you the chance to take a trip down memory lane.

As you can see you have ample opportunity to rekindle your joy of past and present shows whenever you want in the comfort of your home or on the go with your Smartphone whenever the fancy takes you. Which TV slot will you try out first?