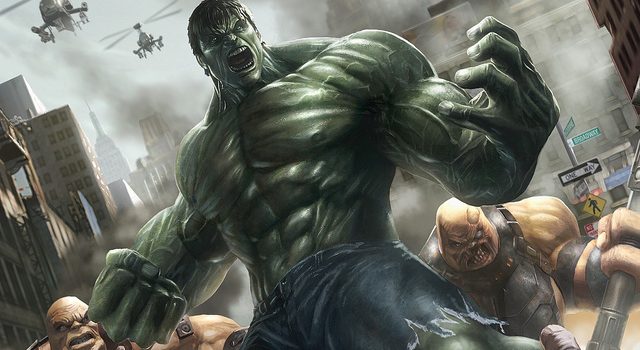 Why do we love The Avengers so much?

What people love about The Avengers is seeing all of their favourite superheroes team up to take on threats greater than any one of...

What people love about The Avengers is seeing all of their favourite superheroes team up to take on threats greater than any one of them could handle individually.

The original comic roster introduced in 1963 consisted of the Hulk, Iron Man, Thor, Hank Pym and the Wasp and did not originally include Captain America as most would think. Instead, the Avengers discovered the frozen captain in one of the storylines, thawed him out and the rest is history.

While the Avengers comic (and related titles) were always great sellers, interest in all things Avengers exploded after the success of MCU (Marvel Cinematic Universe) which popularized previously B-list characters and began a pop culture phenomenon that shows no signs of slowing down.

The first Avengers movie was one of my top 3 MCU films to date but, although amazing, Marvel’s film business would never have picked up steam had Robert Downey Jr. not been cast as Iron Man. People often forget that Iron Man was a secondary Marvel character and not even remotely close to being the leader of the Avengers.

The actor brings a sense of humanity to Iron Man – warts and all – and this makes his portrayal of the character more relatable to the audience. This is strengthened by his personal relationships with supporting characters, such as love interest, Pepper Potts, which helps to convey an air of realism to the role.

Iron Man embodies many qualities and he is certainly quite a quirky character. He has an aptitude for all things technology and, as is evident in the casino scenes in which he shows a penchant for the roulette table, he’s a keen gambler. His gaming strategies are driven by his incredible confidence and his charismatic personality invites support from other players and spectators.

Tony Stark’s choice of game is certainly an interesting one and perfectly ties in with his personal traits; roulette is a game that attracts flashy, thrilling personalities, after all. Planet 7 Casino has written an interesting blog, which looks at the characteristics of some of Marvel’s most popular figures and provides an insight into many of their very human qualities.

Luckily, Marvel has managed to establish a near flawless record when it comes to casting their main Avengers, from Chris Evans as Captain America, Mark Ruffalo as Bruce Banner/Hulk, but more importantly making us love lesser known characters like the Winter Soldier (Sebastian Stan) and Ant-Man/Scott Lang (Paul Rudd). While not every movie has been a critical success, it’s hard to find any faults in the actors choosing to bring the characters to life.

With the third (and supposedly final) Thor film approaching, reality is setting into fans across the world that many if not most of their favourite Avengers will either be removed (or recast) for future phases of the Marvel Cinematic Universe. After the final Infinity War movies take place for the Avengers, no one really knows what will happen to the current incarnations of Stark, Cap, Thor, Hawkeye or any other of the core team members.

Marvel film boss Paul Feige has said before that he views the characters of Tony Stark and Steve Rogers like he does James Bond, in that the role can survive, just played by other actors. But Downey IS Tony Stark, more so than any of the other actors embody their portrayals, so it will truly be something to see in a few years when Marvel has to make that decision.

Since the popularity of the movies, the Avengers have become arguably the most popular and famous superhero team in history. In addition, thanks to social media, it could not have come at a better time, as now there is no shortage of ways to receive and digest content and information regarding Earth’s Mightiest Heroes. With related video games, television shows, web series and more popping out of the woodwork, it looks like the Avengers brand will survive long after the current cast and crew retire their suits of armour and magic hammers.