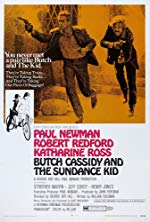 Why The Sting is still the greatest gambling movie ever, 45 years on

In the early 1970s, Paul Newman and Robert Redford were the hottest property in Hollywood. Butch Cassidy and the Sundance Kid had been the...

In the early 1970s, Paul Newman and Robert Redford were the hottest property in Hollywood. Butch Cassidy and the Sundance Kid had been the top grossing film of 1969, and the chemistry between its two stars was core to its success.

This was long before anyone had coined the phrase bromance, but it was inevitable that film makers would be looking to pair them up again sooner rather than later. Movie goers might have had concerns that lightning could not strike twice, but their follow up movie in 1973 was an even bigger success than Butch and Sundance, and has gone down in history as it the archetypal caper movie. So what is it about The Sting that continues to capture the imagination all these years on? Let’s take a look at some critical ingredients.

The movie is presented in the style of a multi-act play, and it gets off on the perfect foot with a high-stakes poker game on a train. In the modern era, poker, slots, roulette and the like are familiar to all of us thanks to both land-based and online casinos. Anyone and everyone can spin the reels or lay down their cards, and there is no great mystery to the games. Back in the time the movie was made, and certainly in the years it was set, however, it was another matter entirely.

In the early 70s, casinos were places of mystery and adventure, while in the 1930s, when the film is set, any kind of gambling was an underground activity. Robert Redford’s character, Johnny Hooker / Kelly, arranges for his boss and mentor Henry Gondorff (Paul Newman) to join a high-stakes poker game led by mob boss Doyle Lonnegan (Robert Shaw). From the get-go, we can see that Gondorff has Lonnegan’s measure, his “obnoxious drunk” act only serving as a diversionary tactic.

The set up also brings us one of the most memorable exchanges of the movie. “Your boss is quite a card player, Mr Kelly, how does he do it?” “He cheats.”

If the set up gets us wanting more, the “sting” itself, in the fake betting shop is so beautifully orchestrated, by both the director and the lead actors, that it leaves us wholly satisfied. The nature of the scam, exploiting the time-delay in the ticker tape to feed information on a race winner ahead of time, is incredibly convoluted, yet it never seems forced. There’s not a single false step, and it is like acting equivalent of perfect choreography.

A great film, though, is about more than specific moments, it is more of a general feeling. For The Sting, that is encapsulated in Scott Joplin’s ragtime soundtrack. Has there ever been a movie and theme tune combo before or since to match The Sting and Joplin’s The Entertainer?

Standing the test of time

Paul Newman left us 10 years ago and Robert Redford recently announced his retirement from acting. But The Sting keeps them forever young, and will ensure their names live on for future generations. Surely that is a sign of a truly great movie.