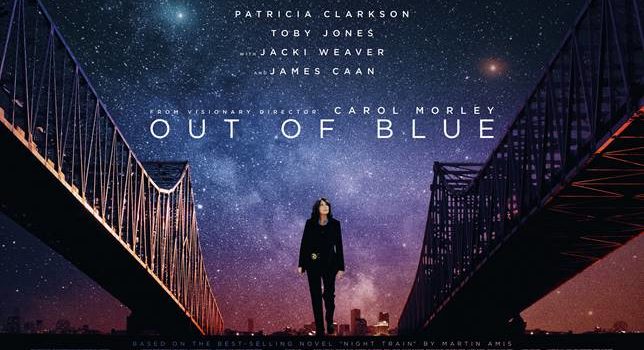 Following its premieres at the Toronto and BFI London Film Festivals 2018, Picturehouse Entertainment is delighted to launch the UK trailer and poster for OUT OF BLUE as a world first. Directed by acclaimed British filmmaker Carol Morley (Dreams Of A Life, The Falling) and based on Martin Amis’ 1997 novel Night Train, OUT OF BLUE stars Golden Globe and Critics’ Choice Awards (2019) winner Patricia Clarkson, who recently won the awards for her outstanding performance in the HBO miniseries Sharp Objects, and is also nominated for a Screen Actors Guild Award for the same role. Patricia has previously been nominated for an Academy Award for her performance in Pieces in April (2003). OUT OF BLUE will open in cinemas across the UK and Ireland on the 29th March. 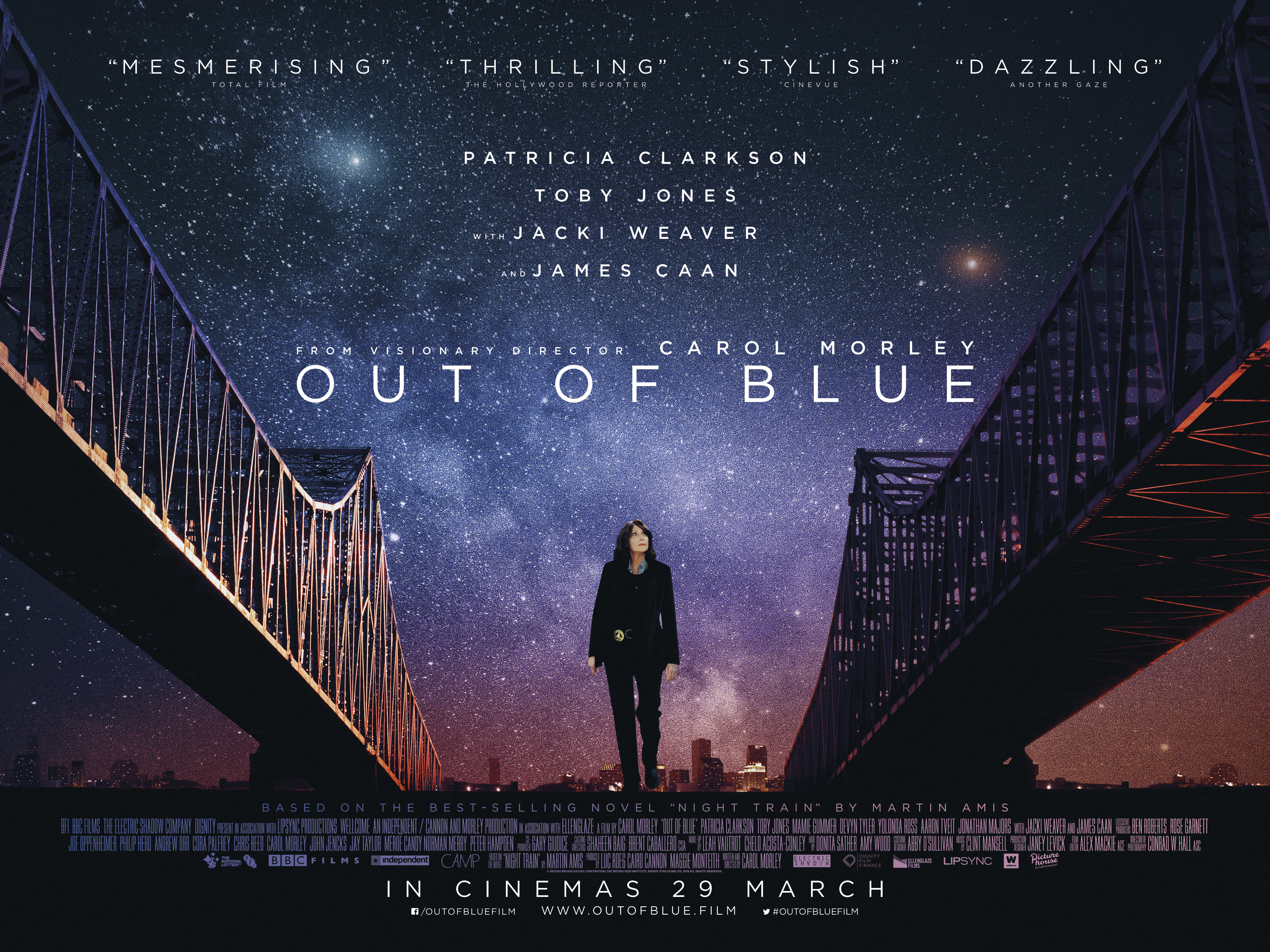 Produced by Luc Roeg (We Need To Talk About Kevin, Mr Nice, Spider), Cairo Cannon (The Falling, Dreams Of A Life) and Maggie Monteith (Kaleidoscope, Searching For Sugarman), OUT OF BLUE was developed with the support of the BFI and BBC Films.

When homicide detective Mike Hoolihan (Patricia Clarkson) is called to investigate the murder of a leading astrophysicist in New Orleans, she is confronted by a mystery that begins to affect her in ways she had never expected.

As the investigation deepens, a darker world is slowly revealed and she must use all her skills and experience to piece together fragments of a wider conspiracy that lies behind the murder.

OUT OF BLUE is the unmissable new film from Carol Morley in which one detective’s quest for truth begins to destabilise both her view of the world and her very being.