We all love a summer Netflix release (especially now Love Island is over), and in June this year we were treated to something extra...

We all love a summer Netflix release (especially now Love Island is over), and in June this year we were treated to something extra special – a compelling action movie featuring comedy duo Adam Sandler and Jennifer Aniston. It actually didn’t seem like anything special to start with, but when the pair were invited on board a luxury yacht with an elderly billionaire, all of a sudden the excitement was dialled up to 11. Featuring the Mondo Marine SARASTAR, a dazzlingly glamourous 60m charter superyacht, it got us thinking about all the legendary films from the past that have featured yachts. Take a look at five of our favourite yacht films below. 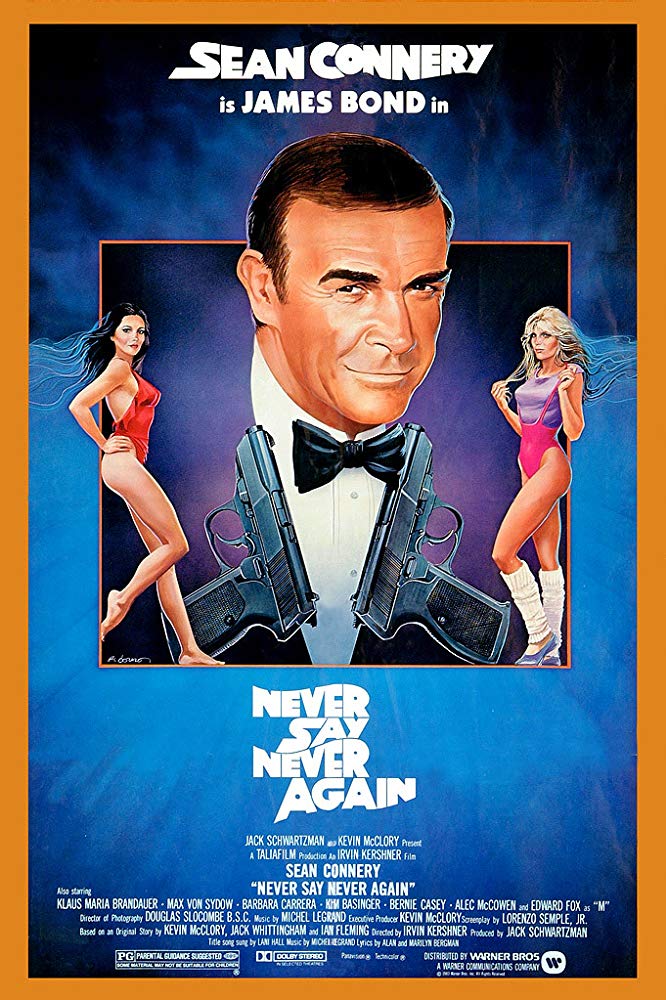 We couldn’t talk about yacht movies without mentioning James Bond, and who is a more iconic Bond than Sean Connery? In Never Say Never Again, we watch Connery play an ageing 007 who, after uncharacteristically failing a routine training regime, is sent to a health clinic to get back into shape. It is there that he discovers SPECTRE, a criminal organisation who have stolen US government nuclear weapons, and his mission is clear – he must track down the warheads and defeat its best agent, Maximillian Largo. 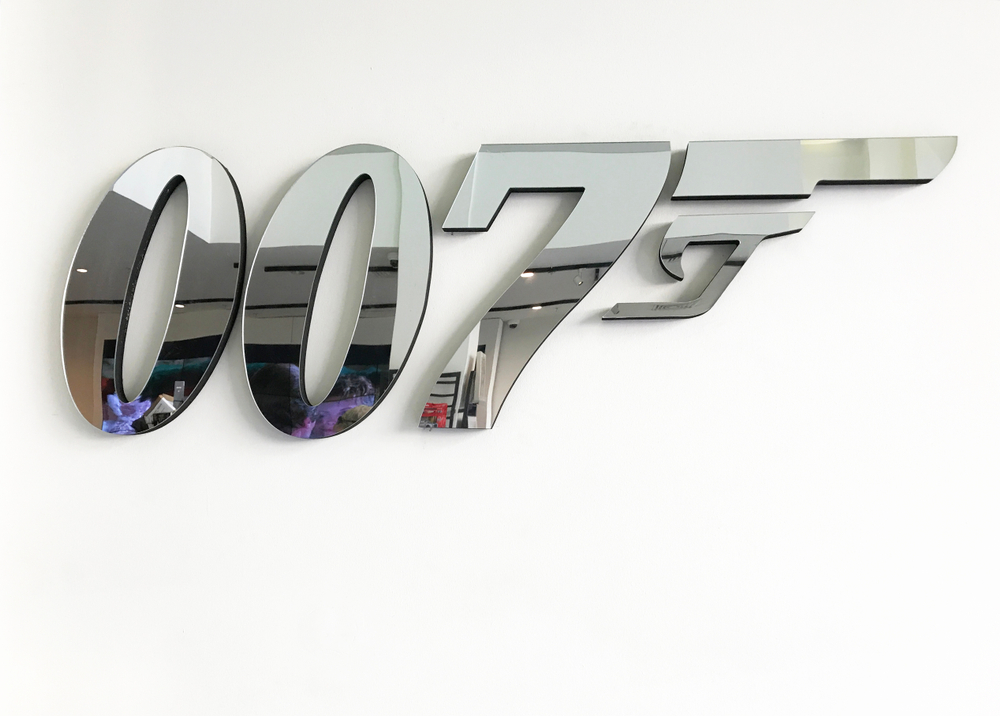 The film would be exciting enough without a yacht, but it is still made 1,000 times better with the addition of Largo’s 86m Flying Saucer yacht. The most expensive yacht of her time, built by Benetti and designed by the legendary John Bannenburg, she is the perfect on-the-water HQ for Largo. After the film she was bought by Donald Trump for $29 million and renamed TRUMP PRINCESS, before being sold to a Saudi billionaire for $40 million in 1991 and renamed once more. Sleeping 22 guests and a whopping 31 crew and featuring a private cinema and a helipad, it’s easy to see why KINGDOM 3KR has been the object of so much desire. 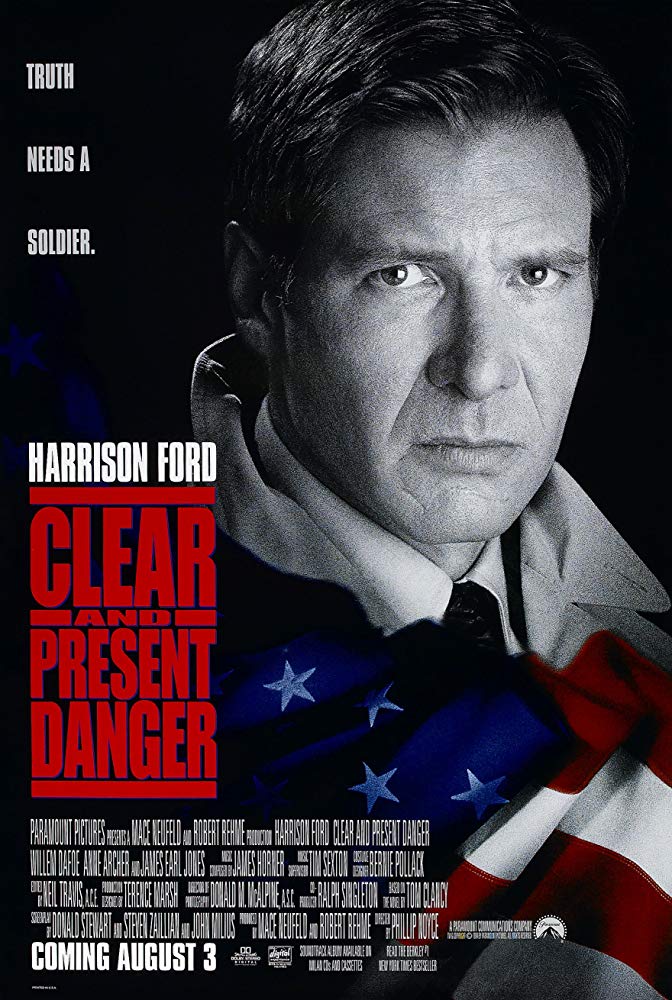 This spy thriller had us on the edge of our seat throughout, but the arrival of Feadship’s A&A yacht in the opening scene set the tone. Harrison Ford plays Jack Ryan, a newly appointed Acting Deputy Director of the CIA who discovers he is being kept in the dark by colleagues conducting a covert war against a drug cartel in Colombia. Ryan uncovers that orders for the war have come straight from the US President himself, who is avenging the death of his friend Peter Hardin, and eventually tells all to the Congressional Oversight Committee, but not before a lot of high-octane action scenes between the drug cartels and the US officers in Colombia.

The 45m A & A (formerly ANTARCTICA and before that ENCHANTER, as she is named in the film) is seen flying the US flag in the very first scene, cruising over waters at night. She is spotted and then intercepted by the US Coastguard, and it becomes clear this is a drug-trafficking vessel – a perfect introduction to this yacht film. A & A was built all the way back in 1966 and exudes classic yacht glamour, sleeping 10 guests and 9 crew and with a luxurious interior designed by Newcruise-Yacht Projects + Design. 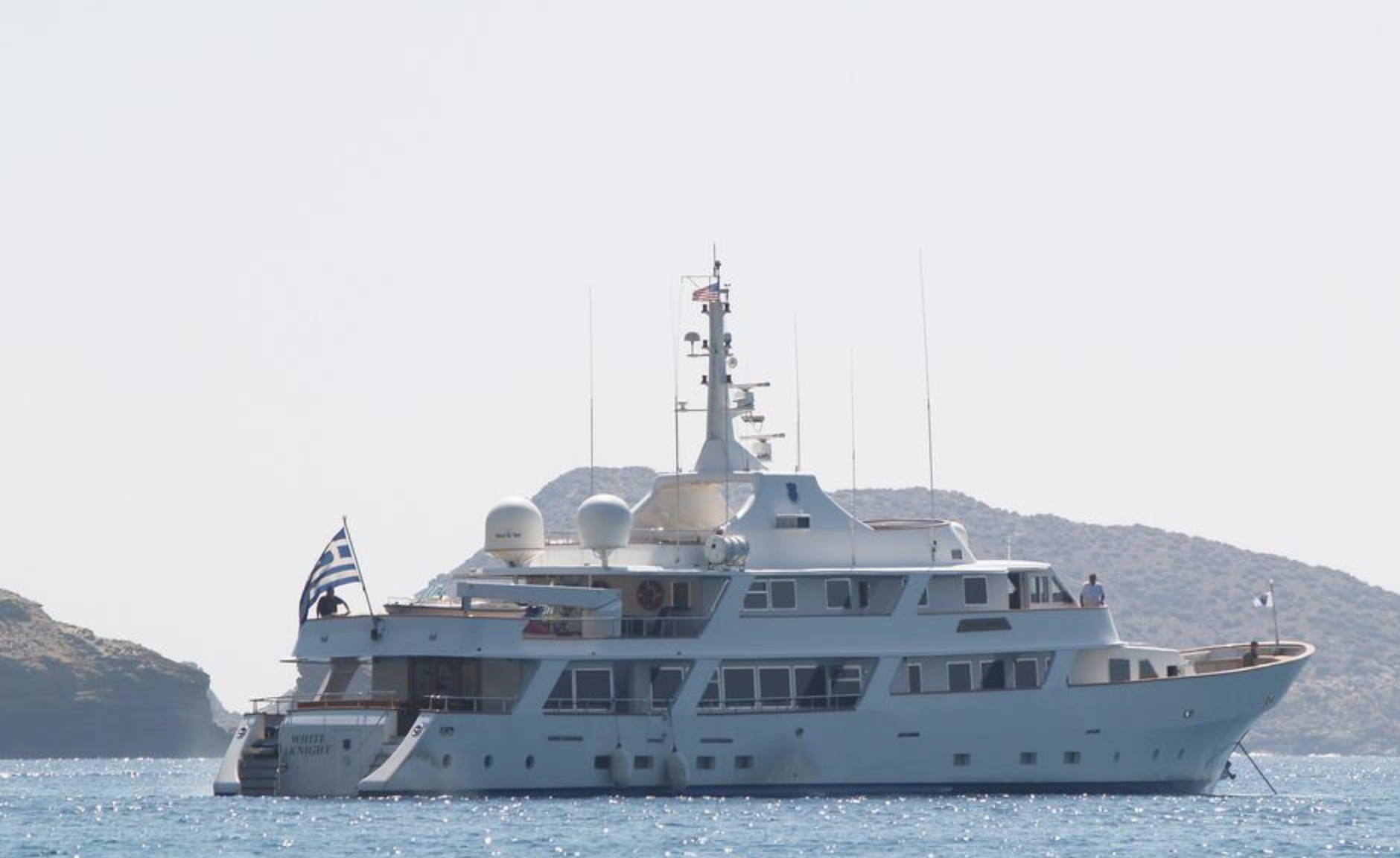 Another action-packed thriller – why is it that so many yacht movies are based around secret agents? In the Bourne Identity Matt Damon plays a man suffering from extreme memory loss, discovered floating in the Mediterranean sea with gunshot wounds in his back. He realises he has advanced combat skills and can speak several languages, and after discovering a safe deposit box filled with different passports with his face on them, he decides to go by the name on his American passport – Jason Bourne.

Bourne starts to remember more about his past as he is chased by CIA agents, and eventually remembers he was shot after conducting a failed assassination aboard the stunning WHITE KNIGHT superyacht. Although it may be a low point for Bourne, the scenes featuring this 46m luxury yacht were some of our favourites, giving us a glimpse of her sophisticated exterior design and classic interiors. Sleeping 12 guests and 10 crew, she is also currently available for charter! 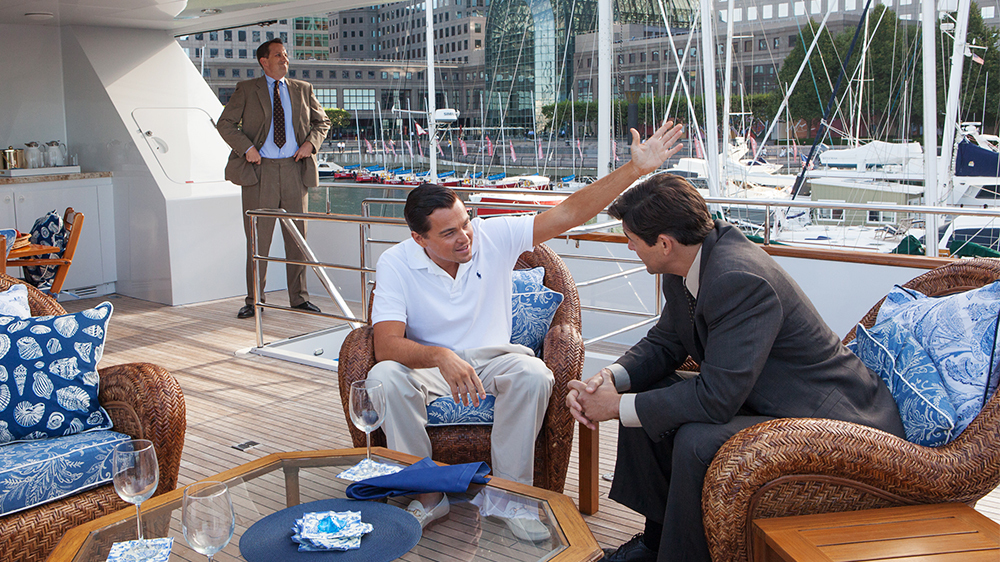 This black comedy is a true story about larger-than-life New York stockbroker Jordan Belfort, who became extremely wealthy after founding corrupt Wall Street firm Stratton Oakmont. The film follows Belfort, played by Leonardo DiCaprio, as he lives a life of increasing decadence and excess, frequently hosting lavish parties and becoming addicted to drugs and prostitutes. And what says lavish more than a superyacht? 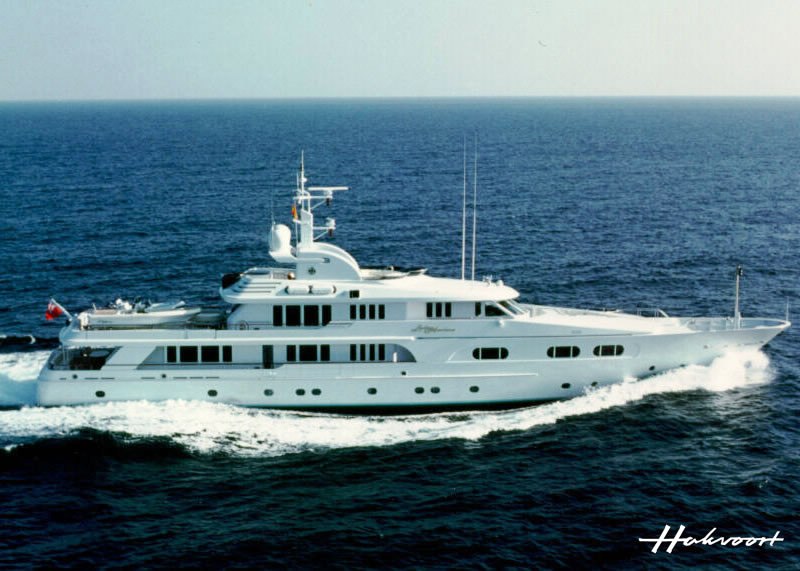 In the movie the 66m LADY M is used to represent Belfort’s yacht NADINE, which in real life sank in a storm when Belfort, who was high at the time, insisted the Captain to take the yacht through extremely adverse weather off the coast of Italy. Luckily, LADY M lives on today and wowed as the setting for Belfort’s wild parties and debauchery. Sleeping 12 guests and 14 crew and boasting marble floors, a baby grand piano and Jacuzzi with wet bar, LADY M is the perfect place to blow off steam – as seen in this iconic yacht film. 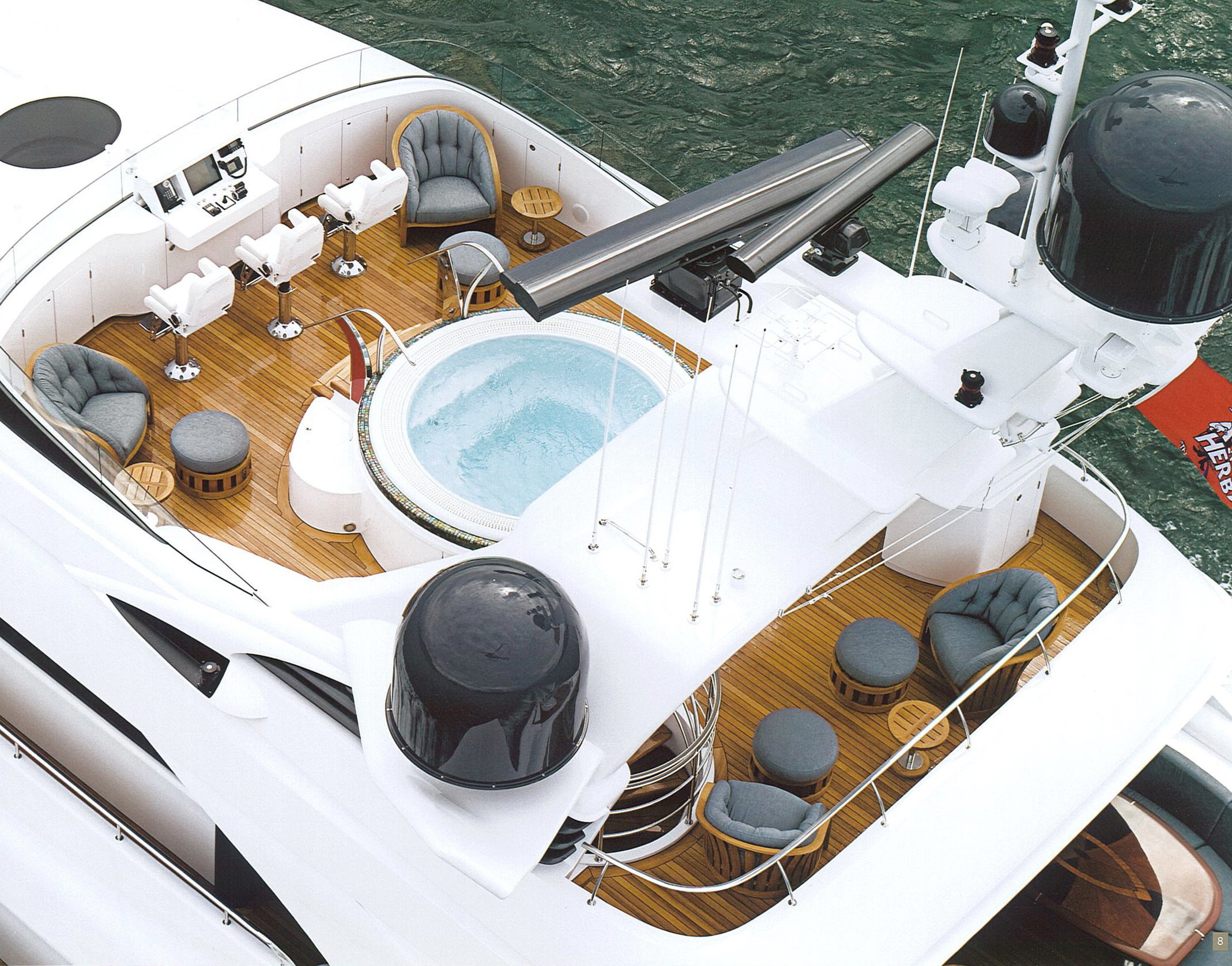 When this ultra-popular HBO comedy series was turned into a film, fans were excited to see what this new instalment would bring main character and young A-List star Vincent Chase (played by Adrian Grenier) and his group of childhood friends. This time Chase, divorced after just 9 days of marriage, decides he wants to make the change from actor to director and enlists the help and financing of his friend and studio head Ari. With girl drama, cameos and plenty of laughs, the Entourage movie gives you good vibes and an interesting insight into male friendships.

So what makes it a yacht movie? Luckily, Chase’s lavish life stretches to the 47-metre USHER yacht – in the opening scenes of the film, best friends Vince, Turtle, Drama and Eric and no less than 55 beautiful women are seen partying on this stunning superyacht. And who can blame them, with USHER offering a Jacuzzi on the sun deck, an elevator, plush interiors and more than enough exterior space to spray bottles of Champagne without ruining the carpets.

So there we have it – five of the all-time best yacht films cinema has to offer. Time to plan a boat-themed movie night…