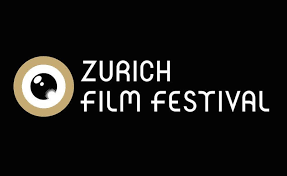 Zurich Film Festival (ZFF) announces Johnny Depp and Wayne Roberts, along with Sönke Wortmann and his ensemble cast, and Marcus Rosenmüller and David Kross, to present... 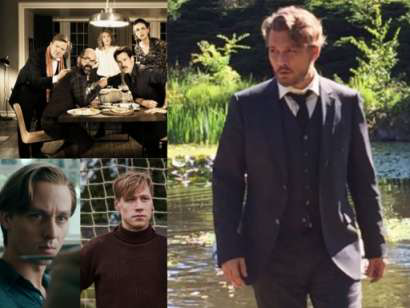 The 14th Zurich Film Festival (ZFF) has today announced a further line up of World and European premieres for its Gala strand, which this year will feature more than 30 titles. The festival is delighted to welcome a stellar list of cast members and filmmakers to Zurich to present their Gala premieres. The latest World Premieres to be announced are RICHARD SAYS GOODBYE, with lead actor Johnny Depp and director Wayne Roberts confirmed to attend the Gala premiere; TRAUTMANN, with director Marcus Rosenmüller and lead cast members David Kross and John Henshaw in attendance; and DER VORNAME, with director Sönke Wortmann and cast members present.

Amongst the visiting directors are three Academy Award winners: Florian Henckel von Donnersmark, who will be accompanied by his lead actors Sebastian Koch and Tom Schilling, to present WERK OHNE AUTOR (NEVER LOOK AWAY); Kevin Macdonald, who will present his Whitney Houston documentary, WHITNEY and Pawel Pawlikowski, who will present COLD WAR, the film for which he also picked up this year‘s Best Director prize at Cannes.

Two further European premieres have also been confirmed: TELL IT TO THE BEES, with director Annabel Jankel in attendance, and COLETTE, directed by Wash Westmoreland, and starring Keira Knightley and Dominic West.

The latest Gala titles to be announced are:

ZFF Co-Directors Nadja Schildknecht and Karl Spoerri commented: “We are thrilled to include such a prestigious list of premieres in our Gala strand and to welcome award-winning directors including Florian Henckel von Donnersmarck, Kevin Macdonald and Pawel Pawlikowski, who can all boast Academy Awards amongst their accolades. The calibre of acting talent that we will host is equally strong, with Johnny Depp and Sebastian Koch amongst those expected to present their Gala premieres.”

The ZFF’s previously announced Gala titles are as follows:

Additional titles and guests will be announced at the festival’s press conference which takes place in Zurich on September 13, 2018.