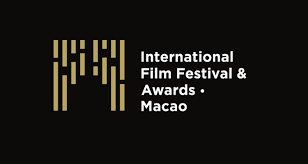 The Awards Ceremony of the 3rd International Film Festival & Awards．Macao (IFFAM) was staged at the Macao Cultural Centre tonight gathering around 800 guests including internationally-acclaimed film directors, film stars and industry professionals from around the world. The Film Festival screened 54 spectacular films this year, including 11 films competing for nine awards in the Competition section as well as six film entries of the New Chinese Cinema section for the Best New Chinese-language Film of the Year. All winners were revealed at the Awards Ceremony tonight.

The Competition section once again shone a spotlight on first and second-time feature film directors, with 11 films vying for nine accolades awarded by the jury and the Macao Audience Choice Award, voted for by local audiences.

MGTO Director and President of the 3rd IFFAM Organizing Committee, Maria Helena de Senna Fernandes, remarked in her address at the Awards Ceremony, “The week-long Film Festival has taken audiences on a visual journey across 54 extraordinary feature films and 14 local short films. In the IFFAM Industry Hub, the Project Market has cast the spotlight on 14 much-anticipated new film projects. Among them, two Macao projects were named winners of the Best Project Award and the Macao Spirit Award. Meanwhile, 400 individual Project Meetings have aligned production teams with investors in face-to-face dialogues, while the new Work-in-Progress Presentations have opened windows for filmmakers in search of partnership opportunities for projects close to completion. We are eager to see the Film Festival bring bright opportunities for filmmakers in Macao and from around the world.”

Besides the above awards, an array of other accolades was presented at the Awards Ceremony to commend outstanding films and filmmakers for their achievements. Secretary for Social Affairs and Culture of the Macao SAR Government, Alexis Tam, presented the “Spirit of Cinema” Achievement Award to film director Chen Kaige. Internationally-acclaimed film director and Jury President of the 3rd IFFAM, Chen Kaige, directed his first film “Yellow Earth” in 1984, which garnered a number of awards and ushered in the new era for Chinese cinema. Recognized as one of the Chinese film classics, his acclaimed masterpiece “Farewell My Concubine” (1993) won the Palme d’Or at the 46th Cannes Film Festival in the same year, making Chen the only Chinese director who has received this top accolade to this day.

This year, 14 film entries of Local View Power were divided for three public screening sessions during IFFAM. In the prize-giving ceremony held yesterday, “The Melancholy of Gods” by Lei Cheok Mei was presented with the Jury Prize for Best Film while “Halfway” by Ng Ka Lon received the Special Mention.\

The Film Festival was held for a week from 8th to 14th December. The Organizing Committee continues to vigorously forges IFFAM into a prestigious brand in the international film industry as well as an East and West cultural exchange platform across borders and generations, while looking forward to joining worldwide professionals in reaching new milestones of the international film industry.