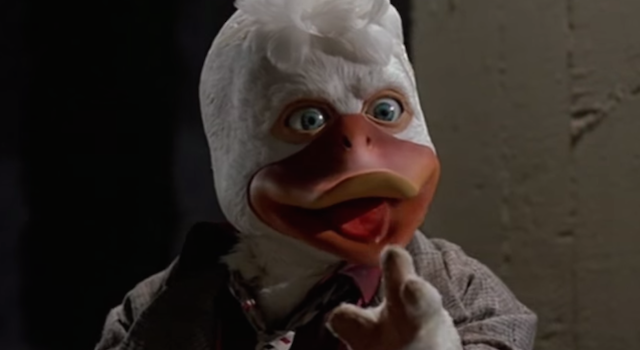 5 Of The Most Iconic Birds In Film

As birds are such a wonderful part of the human experience, it’s no surprise that they have flown into our art, and ultimately the...

As birds are such a wonderful part of the human experience, it’s no surprise that they have flown into our art, and ultimately the films we love. This is why bird experts Kennedy Wild Bird Food have created a list of 5 Iconic Birds in Cinema.

This list is subjective, so we’d love to hear your suggestions and feedback. So for better or worse, in no particular order, here are some of the most iconic birds to grace our screen

A guilty pleasure for many is also quite possibly one of the worst films of all time. However, we feel compelled nonetheless to include the lead character from this wacky and weird film.  Howard (the duck) lives in a parallel universe on a planet inhabited by anthropomorphic ducks. He spends his days drinking, smoking, and reading the latest issue of Playduck.

The synopsis really says it all. With a staggering budget of $36 million, this incredibly uncool movie has managed to attain a certain cool cred. It could be because no one has spent so much talent and money on putting a human duck at the centre of pop culture. Or perhaps it’s because Howard the Duck is so awful, that it just can’t be ignored.

It’s a question that’s bothered “ringers” (Lord of the Rings fans) for many years. Why on earth did Frodo and Sam have to trek the perilous roads of middle earth for 6 months,  when instead these giant eagles could’ve just dropped them off at the gates of Mordor?

There certainly would have been less of Frodo’s whining. However, we are eternally grateful they didn’t, as this incredible trilogy provided nearly 12 hours of entertainment, with The Return of the King scooping up 11 Oscars at 2004 Academy Award.

It’s would be plain daft to leave out a film about birds,  called The Birds. While these birds don’t play a unique character themselves, the sheer numbers of them present one of Hollywood’s all time greatest plot devices: What if the birds that we always take for granted suddenly decide to go absolutely berserk? And berserk they go, causing havoc all over an idyllic California coastal village. While we won’t give anything away, let’s just say that in classic Hitchcock style, the ending is as mysterious as the beginning.

Kes stars David Bradley in one of the most remarkable child performances in cinema. In this gritty portrayal of life in a 1960s mining village, Barnsley school boy Billy Caspar is kicked around by his family, teachers, residents and classmates.

However, fortunes change for Billy when he discovers a Kestrel fledgling, which sparks an interest in falconry. With a backdrop of beautiful countryside, this Kestrel becomes the only light in the boy’s bleak life. The scenes aren’t diluted with any Disneyesque sappiness. This film is true, which allows you to become emotionally invested every time you watch it.

Hedwig is a female snowy owl, a birthday gift from Hagrid on Harry’s first trip down Diagon Alley. She then becomes Harry’s messenger and close friend, even when Ron and Hermione seem to have deserted him.

Hedwig’s death in the Deathly Hallows: Part 1, was a huge shock to the millions of Potter fans out there. The loss of Hedwig in some ways represented a loss of innocence, killed by Voldemort and marking the end of Harry’s childhood.

Thanks for reading our iconic birds lists. But remember, whilst you sit by the fireplace this winter watching these birds films, it can be difficult conditions for our garden birds to survive. This is because the right high energy and nutritious food becomes scarce

Remember, with winter upon us, the cold conditions can make it difficult for birds to thrive. Make sure you fly on over to Kennedy Wild Bird Food and do your bit to keep our beloved feathered friends safe.