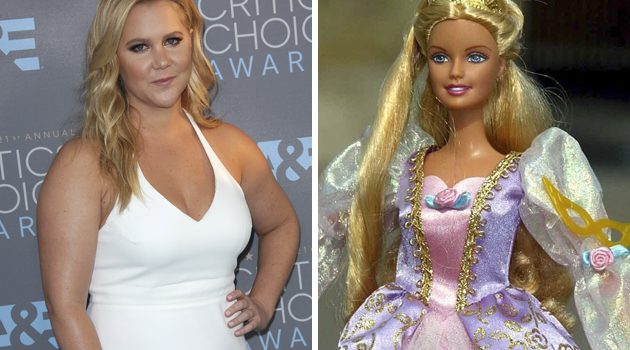 Hollywood comedienne Amy Schumer (Trainwreck, Inside Amy Schumer) is ready to get plastic and fantastic for Sony Pictures as she get set to finalise a deal and take on the role of iconic Mattel doll Barbie in the titular film.

Schumer is also set to rewrite the film’s screenplay with her sister Kim Caramele, and the hunt is on for a director. Rumours are currently circling Me Before You‘s Thea Sharrock, although nothing has been confirmed at this stage.

Deadline reports that the film will see Schumer’s Barbie living in Barbieland, home to all the various incarnations of Barbie from its 57-year-history, who is kicked out because she’s not quite perfect enough. We’ll then get a fish-out-of-water tale where Barbie “goes on an adventure in the real world and by the time she returns to Barbieland to save it, she has gained the realization that perfection comes on the inside, not the outside, and that the key to happiness is belief in oneself, free of the obligation to adhere to some unattainable standard of perfection.”

Barbie is scheduled for a summer 2018 theatrical release worldwide.