It’s the most wonderful time of the year… coinciding with the end of the world as we know it. Having taken a bite out...

It’s the most wonderful time of the year… coinciding with the end of the world as we know it. 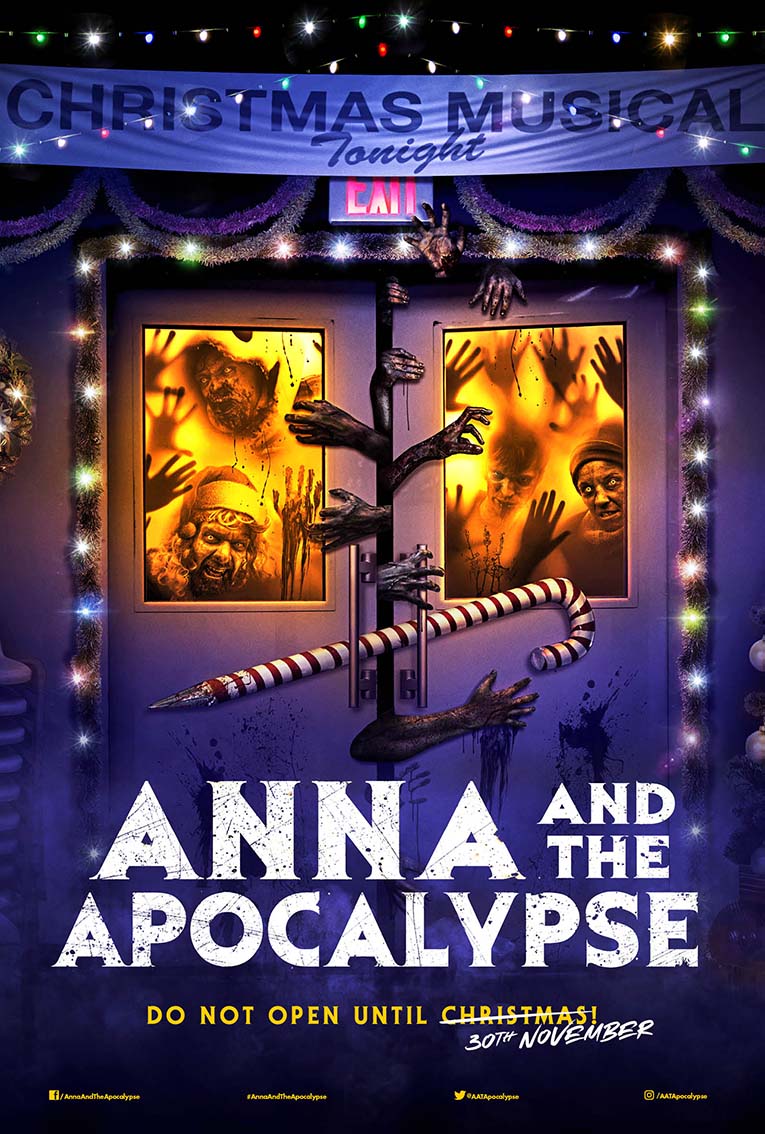 Having taken a bite out of FrightFest earlier this year, 2018’s most original festive film, Anna and the Apocalypse, is headed into cinemas across the UK & Ireland on 30th November – just in time for the holiday season.

Shot on location in Scotland, Anna and the Apocalypse enjoyed its UK premiere at the Edinburgh International Film Festival, receiving both critical praise and a nomination for the coveted Audience Award. At FrightFest, lead actress Ella Hunt was named Screen FrightFest Genre Rising Star 2018, and the film has also been nominated for Best Film and Best Actress [Ella Hunt] at the Scottish BAFTAs.

Anna and the Apocalypse is an alternative Christmas adventure you won’t forget, with blood-thirsty Santas, zombified faculty members and original songs you’ll be singing ‘til New Year.

A zombie apocalypse threatens the sleepy town of Little Haven – at Christmas – forcing Anna and her high school friends to fight, sing and slash their way to survival with a fast-spreading undead horde in relentless pursuit.

Teaming up with her best friend John, Anna and her crew fight their way through zombified snowmen, a ravenous bachelor party and high school hormones to try and save family and faculty alike. But they soon discover that no-one is safe in this new world, and the only people they can truly rely on are each other.