After releasing teasers that included Batman (Ben Affleck), Aquaman (Jason Momoa) and The Flash (Ezra Miller), yesterday saw Warner Bros once again look to get DC fans alike pumped over the reveal of today’s Justice League trailer. With the trio of men already revealed in their own trailer snippets and posters, it was the time for Wonder Woman (Gal Gadot) and Cyborg (Ray Fisher) to take centre stage.

We already know Gadot is going to absolutely boss this year with not only her solo Wonder Woman movie but the League too, but here we got essentially our first proper look at Fisher’s Cyborg and we certainly can’t complain. Cybernetic enhancements aplenty, the half-man, half-robot looks impressive and a quick blast of his cannon proves he’s got plentiful firepower for the upcoming battle.

You can enjoy the Wonder Woman and Cyborg teasers below along with the accompanying posters. 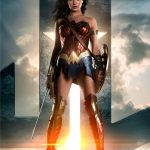 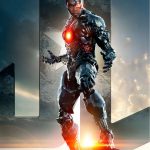 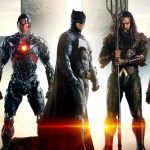 To keep up-to-date with Justice League news just stay tuned to Filmoria and we’ll have it all ready and waiting for you. Unite the League!