‘Diana Ross: Her Life, Love and Legacy’ In cinemas for one night only on 26th March 2019

To celebrate one of Motown’s most iconic stars, CinEvents & Fathom Events are thrilled to be bringing ‘Diana Ross: Her Life, Love and Legacy’ to UK cinemas on 26th March, marking Ross’ 75th birthday. 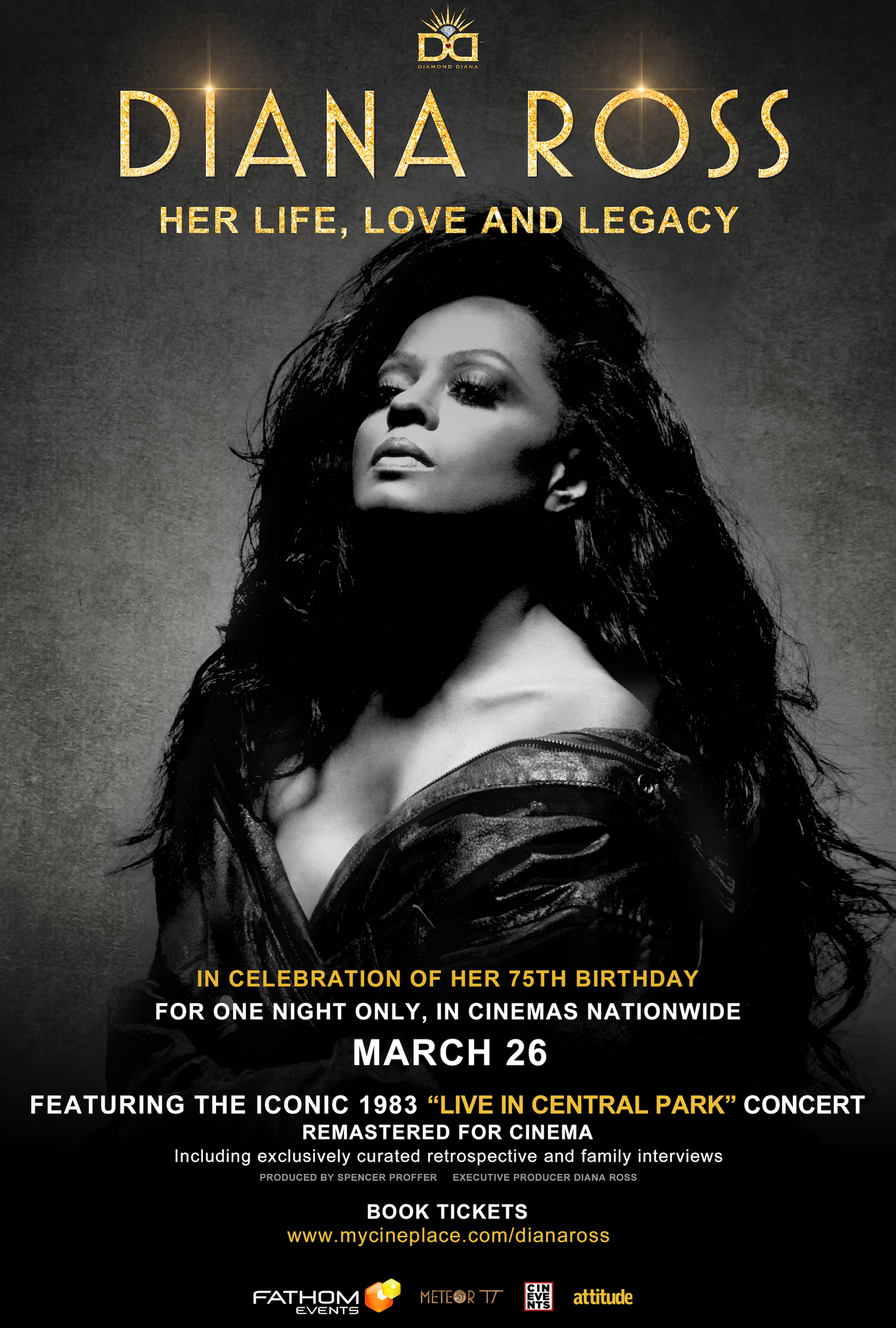 For one night only, with the possibility of selected encores, fans will be treated to a night of celebration and musical excellence as they watch a remastered version of Ross’ iconic 1983 Central Park concert, where nearly 1.2 million people united on the Great Lawn. The concert, considered one of the most important events in music and entertainment history was hit half way through by a storm of epic proportions. Undeterred by the weather Ross’ heroically battled on in the conditions, until the concert was finally brought to a standstill. Vowing to come back for her fans the Dream Girl remained true to her promise, returning the next day to finish the concert in legendary style.

Alongside the concert showing on the big screen for the first time, the film also includes special, never-before-seen footage and messages from the Ross family, including sons Ross Naess and Evan Ross, daughters Rhonda Ross Kendrick and Chudney Ross, with Tracee Ellis Ross giving a loving and passionate introduction to the film in celebration of the superstar’s legacy.

“I envisioned a dream and that’s what I created over those two days in Central Park. I picked a goal, and then imagined all the details,” Ms. Ross said. “I believe imagination is magical, that we can think of something and bring it into being.”

CinEvents CEO Joe Evea said “We are thrilled to partner with Fathom & Meteor 17 to bring such an iconic concert experience to cinemas across the UK and selected European territories, in celebration of Diana’s 75th birthday,”

‘Diana Ross: Her Life, Love and Legacy’ will be in over 250 UK cinemas, on 26th March to mark Diana Ross’ 75th Birthday. A unique look at one of the most passionate, talented and legendary artists of all time, this is an event not to be missed.

Tickets for the event can be purchased from www.mycineplace.com/dianaross

CinEvents Ltd is an Event Cinema distributor working with brands and content owners to bring exciting new events to cinema. By harnessing the power of cinema, CinEvents offers passionate fans the opportunity to see content they love, in a communal, local environment. By sourcing new content, connecting content producers with cinemas owners and offering end to end delivery and event support, CinEvents is helping to expand a rapidly growing area of the cinema industry.