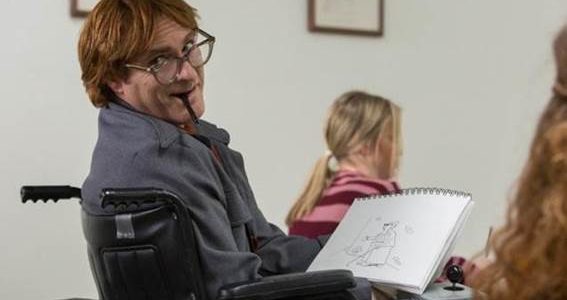 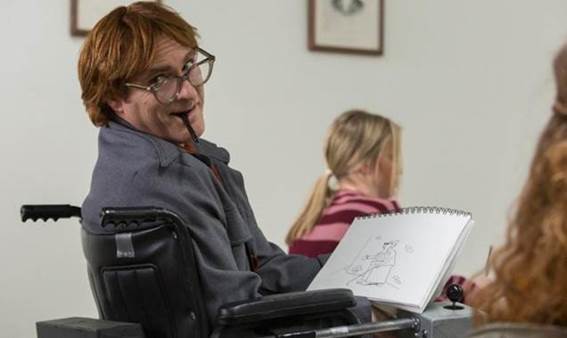 A film by Gus Van Sant

From acclaimed filmmaker Gus Van Sant (Good Will Hunting, Milk, Elephant) comes a witty and perceptive new film based on the remarkable true story of cartoonist John Callahan. DON’T WORRY HE WON’T GET FAR ON FOOT is released on 26  October in UK cinemas by MUBI.

After Portland slacker John Callahan (Joaquin Phoenix) nearly loses his life in a car accident, the last thing he intends to do is give up drinking. But when he reluctantly enters treatment – with encouragement from his girlfriend (Rooney Mara) and a charismatic sponsor (Jonah Hill) – Callahan discovers a gift for drawing edgy, irreverent newspaper cartoons that develop a national following and grant him a new lease on life.

The film which had its world premiere at the Sundance film festival is based on a true story and is poignant, insightful and often funny drama about the healing power of art is adapted from Callahan’s autobiography and directed by two-time Oscar® nominee Gus Van Sant.

MUBI is a hand-curated cinema streaming and download service. It is also the home to the world’s largest community of film lovers with over 8 million registered users. Instead of offering thousands of films, MUBI proudly present just 30. Every single one chosen by a human, not an algorithm. Cult classics to award-winning masterpieces, forgotten gems to festival-fresh independent releases, from the hard-to-find to the never-heard-of-that-before. Every day new selection is added to the 30, and every day the oldest one is removed. All 30 films are available to watch or download for 30 days. MUBI is available globally. And there are no ads. Ever.