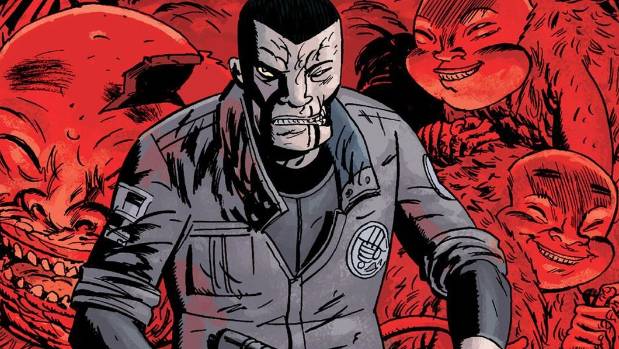 British actor and rapper Ed Skrein has announced that he has departed the Neil Marshall-directed Hellboy movie, based on the character created by Mike...

British actor and rapper Ed Skrein has announced that he has departed the Neil Marshall-directed Hellboy movie, based on the character created by Mike Mignola.

The Deadpool star was initially cast as Major Ben Daimio, a member of the B.P.R.D (Bureau for Paranormal Research and Defense), before the news was met with online criticism of the studio ‘whitewashing’ the cast.

Daimio, a smaller character in the Hellboy comics first appearing in 2004, is of Japanese descent – which was unbeknownst to Skrein when he landed the part. Following the controversy, he posted this update on his Twitter feed yesterday.

While we can all agree that representation in film has been a topic of great debate over the last few years. It’s good to see performers responding to criticism in a humble and constructive manner. Ed’s statement was met with unanimous praise by fans, advocates of diverse representation and filmmakers.

The Hellboy reboot is slated for a 2018 release. And will star Stranger Things actor David Harbour in the titular role – joined by Sasha Lane, Ian McShane and Milla Jovovich.