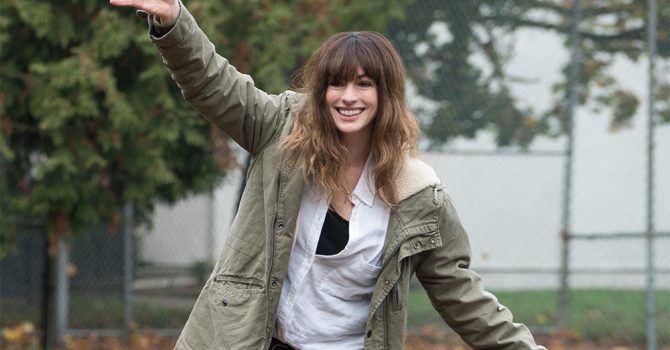 We’ve got Kong and those terrifying Skull Crawlers ready to cause havoc on Skull Island, and Godzilla looking to declare himself the king of...

We’ve got Kong and those terrifying Skull Crawlers ready to cause havoc on Skull Island, and Godzilla looking to declare himself the king of the monsters in his upcoming sequel, with Kyle Chandler and Vera Farmiga recently boarding the project.

Yet Nacho Vigalondo’s new film seems very keen to steal the thunder of these classic creatures, whilst providing a unique spin on the monster movie.

Enter Colossal starring Anne Hathaway (Interstellar), the film which has already won over audiences at Toronto and Sundance Film Festival.

Joined by Dan Stevens (Beauty And The Beast later this month) and Jason Sudeikis (Horrible Bosses), Hathaway plays Gloria, who believes that her mental traumas are remarkably linked to a Kaiju monster causing destruction in the city of Seoul. Yes. We at Filmoria kid you not!

But it is this promise of real character depth conveyed through its fascinating premise, that has us awfully keen to see the film, arriving in US cinemas on 7th April with a UK bow confirmed for a fortnight later (21st April).

Reinforcing the unlikely synchronicity of its key characters, you can view the amazing new one-sheet for the film below!