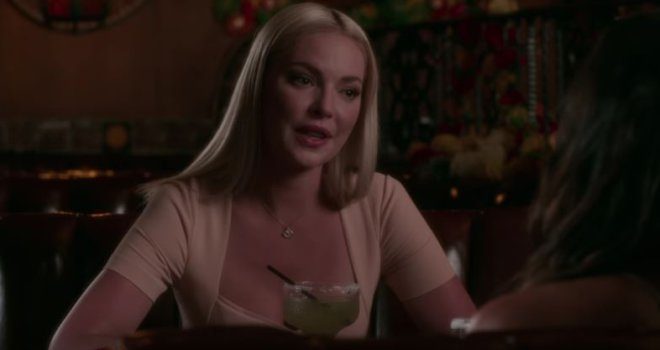 Katherine Heigl Leaves Behind Rom-Coms In The Dark Unforgettable Trailer

Katherine Heigl is one of those actresses that you would instantly mention when the rom-com genre is mentioned, it’s just an absolute given. The...

Katherine Heigl is one of those actresses that you would instantly mention when the rom-com genre is mentioned, it’s just an absolute given. The former Grey’s Anatomy star has been a bridesmaid more than enough times in 27 Dresses and locked horns (and lips) with Gerard Butler in The Ugly Truth but now it appears she’s turning to a much darker side for her next movie, Unforgettable.

Facing off against Rosario Dawson, Heigl appears to be heading down the psychotic and scorned ex-wife route as the upcoming movie focuses on her character Tessa as she looks to cope with her ex-husband (Geoff Stults) starting a relationship with a new woman, Julia (Dawson), who is not only coming into her former lover’s life but also her daughter’s.

Heigl stars as Tessa Connover, who is barely coping with the end of her marriage when her ex-husband, David (Stults), becomes happily engaged to Julia Banks (Dawson)—not only bringing Julia into the home they once shared but also into the life of their daughter, Lilly (Isabella Rice).  Trying to settle into her new role as a wife and a stepmother, Julia believes she has finally met the man of her dreams, the man who can help her put her own troubled past behind her.  But Tessa’s jealousy soon takes a pathological turn until she will stop at nothing to turn Julia’s dream into her ultimate nightmare.

Unforgettable is set for UK release on 21st April.