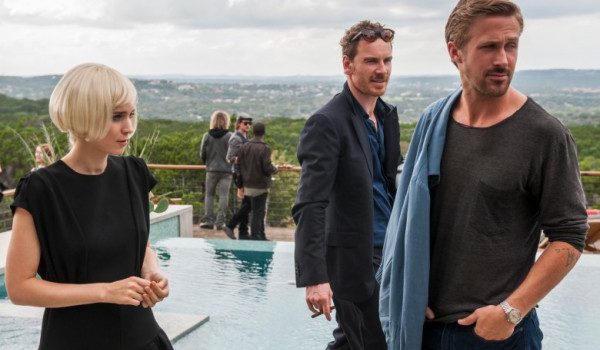 2017 has lots of films to look forward to, but Song to Song promises to be one of the year’s most lyrical, dazzling flicks...

2017 has lots of films to look forward to, but Song to Song promises to be one of the year’s most lyrical, dazzling flicks – we’d expect little else from a Terrence Malick film. Previously titled Weightless, the title change was announced today, along with a first-look photo of the film’s stars Rooney Mara, Ryan Gosling and Michael Fassbender.

Set in Austin, Texas, the film focuses on two couples searching for fame in the south’s music scene. Alongside its starry cast, a broad array of musicians are also said to be involved, including Florence and the Machine and The Red Hot Chilli Peppers.

If it’s anything like the director’s recent hit Knight of Cups, it’ll be a wild ride through Malick’s chosen turf – his previous films have covered everything from first colonies of the United States to the 1920s in the throes of industrialisation, to a more recent foray into the modern world.

Song to Song is due to be released on March 17th.