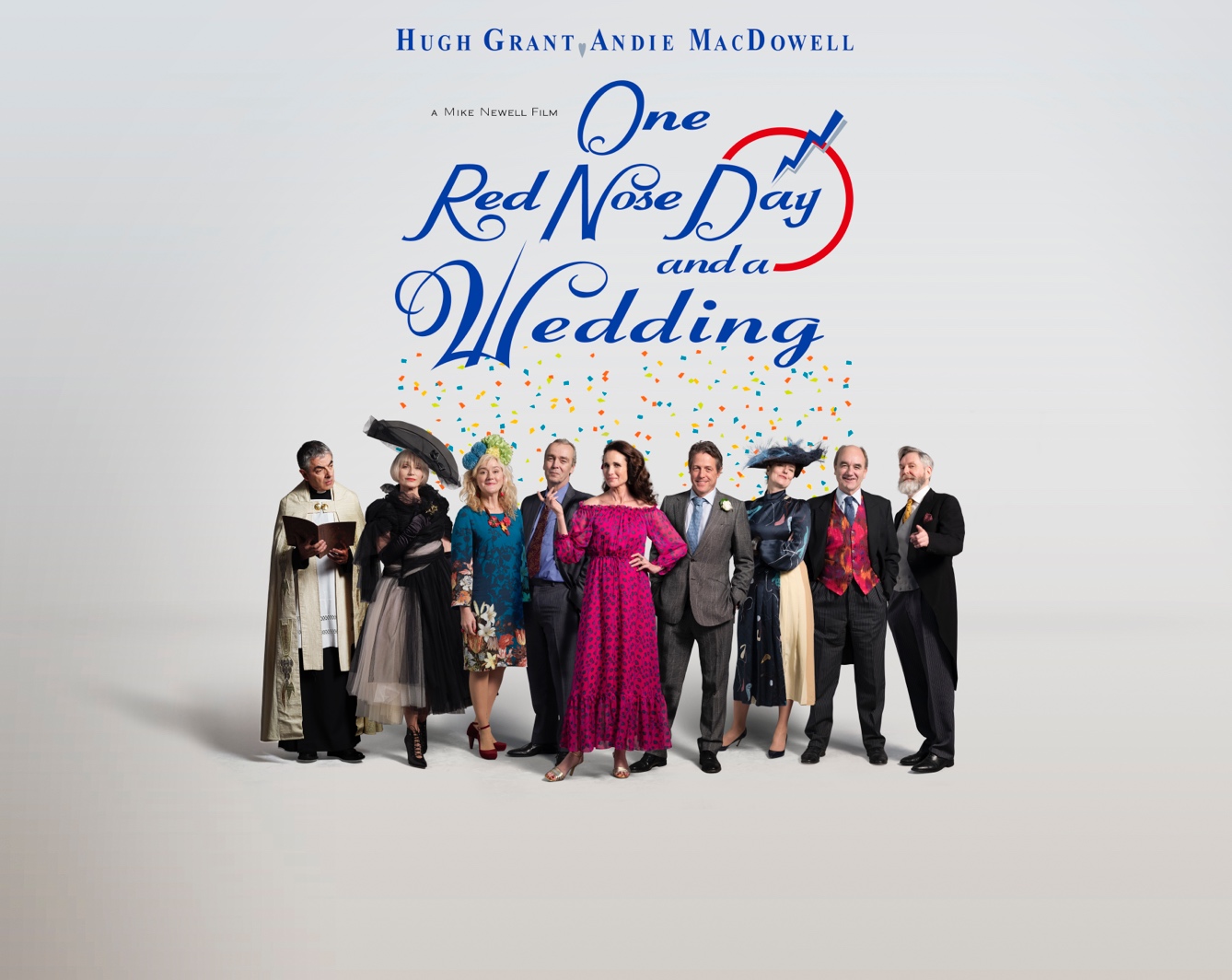 Comic Relief is delighted to confirm ONE RED NOSE DAY AND A WEDDING will premiere exclusively during Red Nose Day 2019 on BBC One on Friday, 15th March.

The short film was made with the full support from Four Weddings and a Funeral rights holder Metro Goldwyn Mayer Studios Inc (MGM).

The short film will reunite the cast of Four Weddings and a Funeral for the first time in 25 years.

Richard Curtis, who wrote the original film and is the co-founder of Red Nose Day, has written the short especially for the 2019 edition of Red Nose Day.

Four Weddings director Mike Newell is returning to direct this new instalment, which picks up 25 years after the original film.

ONE RED NOSE DAY AND A WEDDING follows on from the huge success of Red Nose Day Actually, a short follow up to Love Actually that premiered during Red Nose Day’s 2017 edition.

ONE RED NOSE DAY AND A WEDDING is a one off special that will premiere exclusively during Red Nose Day 2019 on BBC One on Friday, 15th March. It will also feature as part of NBC’s programming for Red Nose Day USA on Thursday, 23rd May.

Comic Relief’s Red Nose Day campaign returns next year culminating with a fantastic night of TV on Friday 15th March 2019. People across the country will be urged to come together, have a laugh and raise money to help make the world a better place. Since its inception in 1985, Red Nose Day has raised over £887 million. Comic Relief spends the money raised to help the people who really need it most, both here in the UK and around the world.

Comic Relief is a UK charity which aim to create a just world, free from poverty – where everyone is safe, healthy, educated and empowered. Since 1985, Comic Relief has raised over £1.25 billion. That money has helped, and is helping, people living incredible tough lives, both here at home in the UK and across the world.

Red Nose Day USA is a fundraising campaign run by the non-profit organization Comic Relief USA, a registered U.S. 501(c)(3) public charity. Red Nose Day started in the U.K., built on the foundation that the power of entertainment can drive positive change, and has raised over $1 billion globally since the campaign’s founding in 1988. Red Nose Day launched in the U.S. in 2015 with a mission to end child poverty, and has raised almost $150 million to date. Money raised supports programs that ensure children in need are safe, healthy and educated, both in America and abroad. Since launching in the U.S., Red Nose Day has received generous support from millions of Americans, hundreds of celebrities and many outstanding partners, including Walgreens, NBC, Mars, and the Bill & Melinda Gates Foundation. For more information about Red Nose Day USA and its impact.