Royal Mail Are Releasing These Awesome Game Of Thrones Stamps

Royal Mail today revealed images of a set of 15 first class stamps to mark the significant British contribution to the production of the...

Royal Mail today revealed images of a set of 15 first class stamps to mark the significant British contribution to the production of the award-winning HBO® drama series, Game of Thrones.

The series is set on the fictional continent of Westeros and incorporates many plot lines and a conflict among several noble families each claiming the Iron Throne of the Seven Kingdoms.

The stamps depict photographic representations of central characters from across all seven seasons in the Game of Thrones’ series. Each stamp is centred on an individual character and features a montage of images from the series. The result is a set of ten bespoke images that embody the crux of each character’s story.

A sheet of five additional stamps features the non-human characters in the series including: the Night King and White Walkers; Giants; Direwolves; Dragons and the Iron Throne itself.

The Game of Thrones production involves a very significant British contribution. Principal filming of the series is at Titanic Studios in Belfast, at the Linen Hill Film Studio in Banbridge and on location elsewhere in Northern Ireland, with additional filming in Scotland and European locations including Malta, Croatia, Iceland, Morocco and Spain.

Additionally, the acclaimed cast is predominantly British and Irish, and British expertise is to the fore in many areas of the production, including award-winning costume design and prosthetic special effects. 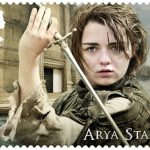 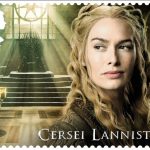 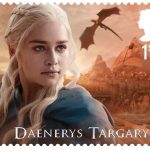 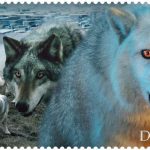 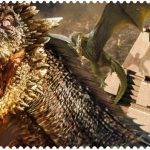 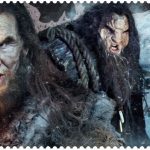 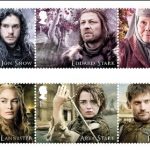 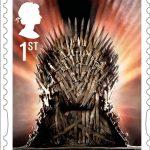 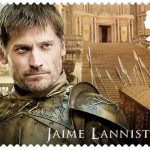 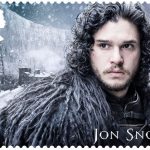 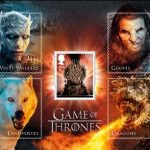 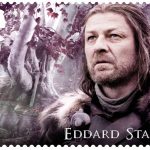 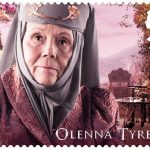 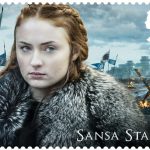 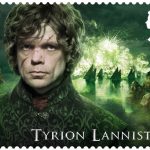 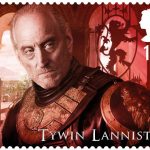 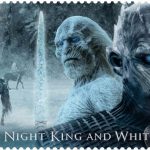 
Fans can pre-order the stamps now by visiting www.royalmail.com/gameofthrones.

In addition to the stamps there is an extensive range of products – exclusive souvenirs, limited edition and gifts – nnot available on the high-street. Products include framed stamps, prints and the Prestige Stamp Book provides behind the scenes access to the Game of Thrones world – from costume designs to filming locations and early set designs.