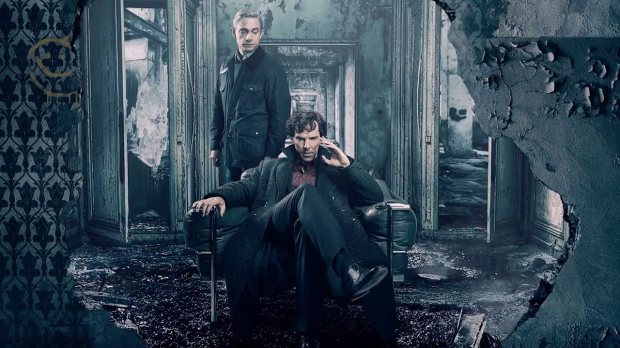 ‘The Final Problem’, Sherlock’s series conclusion and possible finale to the entire series. With the thought of Moriarty still looming behind somewhere in the...

‘The Final Problem’, Sherlock’s series conclusion and possible finale to the entire series. With the thought of Moriarty still looming behind somewhere in the world, is this the end to the critically acclaimed series?

The finale explores more of the unknown Holmes third sibling Eurus (Sian Brooke). Apparently a woman so smart and evil she needed to be locked in the British equivalent of Alcatraz. After posing as various women manipulating both Sherlock and Watson, and shooting Watson at the end of last episode, they both decide to scare Mycroft in telling the truth. Watson’s shooting was brushed off faster than Sherlock deducing a character trait. Mycroft confirms to the duo that he is confident she is locked in his maximum facility prison.

Eurus, who is apparently an ‘era-defining genius’, a woman so despicable that morality holds no bounds, no right or wrong, possibly the greatest villain. After a not so subtle CGI explosion scene, one you would find in a Michael Bay blockbuster film, and a quick cut to stealing a boat, the team are off to visit the youngest Holmes sibling. A fantastic sequence of disguise me, and Sherlock is one-on-one with his sister, who he still has no recollection of, discovering that his memory has possibly been ‘reprogrammed’ due to a traumatic experience, and that Eurus has this great gift of ‘reprogramming’ people to do her will. In the Holmes childhood home, the young girl named Eurus drowned men’s best friend ‘Redbeard’, who happened to be Sherlock’s best friend. A harsh childhood for Sherlock, but one that made him who he was. Eurus had invented a riddle about ‘Redbeard’, creating Sherlock’s very first case, and thus the legend was born.

Turns out, Eurus has the same powers Sherlock had in episode two, she knew exactly what was going to happen, but apparently five years in the future now. She ‘reprogrammed’ the governor of the facility, making her her own warden. A few gifts from Mycroft, a viola and a visit from Moriarty five years ago, and she deducted her very own puzzle for Sherlock. Going through emotional torture after another, the story ends in a place that greatly sums the entire season, with emotional context.

The season starts off with another barrier between Sherlock and Watson, but ends in a relationship far greater, with friendship, family, legends. Eurus was nothing more than just a misunderstood child, and Sherlock solves the case of a family squabble. Perhaps that was all she needed to be normal, or as normal as Sherlock and Mycroft, and she didn’t need to be locked up for the rest of her life. Then again, it was also a bit over the top to kill your little brother’s best friend for attention.

‘The Final Problem’ had its fair share of flaws and loopholes, along with the season. Many arcs left brushed off with no care, many cuts that jump from one unexplained sequence to another, but worst of all characters left emotionally abused. Molly had been attacked so undignified in the episode through one of Sherlock’s little puzzles, yet the end of the episode we see her smiling entering 221b Baker Street. Lestrade, another hidden gem of the show, was also unresolved, and never did we get to see him ever happy.

As strong as the main two character’s relationships are, series 4 had failed what the previous seasons did so remarkably, was to have actual thought out cases with a good antagonist. The lack of any real crimes in this entire series failed to keep any sort of suspense, nor was there any mystery to any of the cases. The twists were brilliant, but Sherlock never had to rely on the five-minute revelation at the end to grip audiences back for the next episode.

Moriarty’s tease last season was so watering, and the conclusion that he is in fact dead, and everything was just a recording seems like an easy out. The closing sequence was yet again another recording, of Mary again, recollecting who Sherlock and Watson are. A fantastic montage, and a very fitting ending to the duo, very reminiscent of a goodbye to the show. But with the average storyline of this season and lack of anything to look forward to, perhaps it is the perfect time to end the show.

One sentence to sum up this series of Sherlock: ‘It is what it is.’