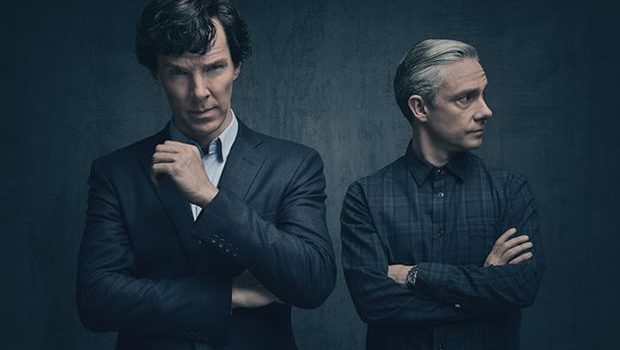 With Christmas just gone around the corner, and the realisation that you probably got socks from your mother five years in a row, the...

With Christmas just gone around the corner, and the realisation that you probably got socks from your mother five years in a row, the New Year gave us all a gift that we can be excited about (not to imply your mother’s socks aren’t great). The first episode of Sherlock series four had the reminiscence of meeting an old friend. You might only see that old friend once a year, but you are able to pick things right from where you left off, tell old stories and get right back into present day.

With Benedict Cumberbatch and Martin Freeman becoming colossal movie stars, scheduling has made them unavailable for a regular scheduled show; the last series aired in 2014 and the Christmas Special interlude in the beginning of 2016. With the extremely long wait, it was inevitable for huge amounts of pressure to build up to this oncoming series.

Sherlock has always played the interaction between Sherlock and Watson superbly, with phenomenal writing and acting. The debut episode, titled ‘The Six Thatchers’ reminded us of how brilliant it all was, starting off with Sherlock’s snarky remarks towards Mycroft. We then quickly get right into the crime solving action, with Lestrade once again asking for Sherlock’s help. A humorous brief interaction happens with Lestrade and DI Hopkins, who the latter is revealed to have brought a case from Interpol to Sherlock, before Sherlock dismisses Hopkins in a blink of an eye.

The opening case was rapidly solved by Sherlock, whose parents’ son had decided to surprise his father by dressing up like a leather seat in his car and getting him to take a picture of his bonnet. Unfortunately, the son had a seizure, died on the spot, and a week later another car crashed and exploded his car, burning his body. An extremely fast interaction with a very simple premise for the usual Sherlock cases. However, it was a great interaction and introduction for Sherlock’s brilliance and the actual case that he is going to work on. Inside the house, a missing Margaret Thatcher bust was revealed, which begins Sherlock’s chase for ‘The Six Thatchers’.

With Moriarty leaving a salty taste in our mouths, it was compelling to see Sherlock so obsessed with him. Sherlock’s compulsion for signs of Moriarty, like a longing for something more challenging was exciting. The thought of getting his rival back; Sherlock being haunted by his past was a fantastic element of the episode. However, we did not get any of that, and we were haunted by Mary’s past instead.

Mary has been an absolute star since her introduction. The abrasiveness, mystery and independence of that woman made her a very beloved character, and I did not see any of this coming. When her past finally crawls up to her; a past agent in her team, thinking that she betrayed her old team, tries to kill her. With Sherlock’s promise to John and Mary to protect them, this episode brilliant manipulates you into thinking of happy thoughts, especially with John and Mary just having a baby. However, with Sherlock favouring Mary now, the show sort of sadly sidelines Watson.

Plagued by an abundance of flashbacks and montages in Mary and John’s perspective, the show failed to keep the high intensity in this episode. There was a lot of information continuously being repeated, and some still extremely unclear. In Mary’s flashbacks, her team, named AGRA, were given orders, with a secret code Ammo, and then ‘it all went wrong’. It was annoying to see scenes being repeated, and not fully being explicit with what exactly happened. John’s little rendezvous with that woman was also very confusing. It was so difficult to gauge where they were in the timeline, and I thought did not add any depth to Watson’s guilt. Unless she becomes a recurring character, I did not see the relevance in those scenes, and I would hate for them to put it in just to make Watson a little more ‘human’ or the reason why he opens up to Sherlock later.

After the secretary confesses and kills Mary, we are reminded just how deep Watson means to Sherlock. However, I feel like we already have been through all of this before; a shocking scene that separates the crime fighting duo, having to reunite to stop a larger threat. It was sad to see Mary go, but even more sad to how they treated Watson this episode. Forgetting the history with Sherlock and his ex-military career, he could have had a much larger role than just the husband who may or may not have even cheated.

What this episode did brilliantly was the reintroduction of the relationships between all the characters. I loved the fact that Moriarty was used as an obsession for Sherlock, but wasn’t used at all in the mystery behind this plot. A great reminded of a bigger threat, but easing us back into the show. I also really enjoyed the aesthetics of this episode. The revelation scene in the aquarium reminded us of how aesthetic pleasing the show can be. It was not close to being the best episode of Sherlock, but a great reminder of what it can be.

Sherlock Season 4 continues on BBC One on Sunday 8th January.