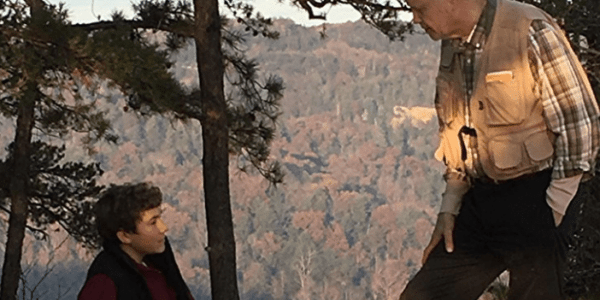 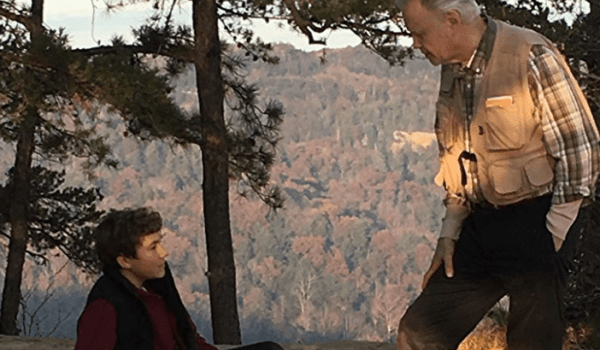 Surviving The Wild is one of those film that gives you that warm, cosy feeling inside. Hollywood through the years has been known to...

Surviving The Wild is one of those film that gives you that warm, cosy feeling inside.

Hollywood through the years has been known to product some truly remarkable young talent that would eventually blossom into the industry’s greatest names. Acts such as Jodie Foster have prevailed from a very young start in front of the camera and more recently talents such as Elle Fanning and Stranger Things star Millie Bobby Brown are heading to greater heights with every project they work on. Similarly, a young talent emerges in the form of young Aidan Cullen, who heads up the powerful drama Surviving The Wild starring alongside Jon Voight.

Shaun (Cullen) is a youngster whose young life has been rocked by not only the split of his parents (Jamie Kennedy and Vail Bloom), but also the recent loss of his grandfather, Gus (Jon Voight). Having shared a strong bond with his grandpa, Shaun still has a connection with Gus through a constant presence that only he can see. Guided by the thoughts of his late grandpa, Aidan goes against the wishes of his parents and takes off to spread the ashes of Gus out in the wild, at a location that meant the most to him.

Accompanied only by his faithful dog, Shaun must take note of his Grandpa’s life lessons and teachings to survive the natural terrains and ultimately fulfil his finals wishes, but challenges lie ahead for the youngster.

Surviving The Wild is one of those film that gives you that warm, cosy feeling inside; the type of film that would make a Sunday afternoon pass by rather nicely and you’ll feel good about it come its conclusion. The key component to that success if the emergence of a young talent in Aidan Cullen and his work alongside the always-brilliant veteran, Jon Voight.

Here we have a story built upon their relationship as Grandfather and Grandson, a bond that has been built through life experience, the passing down of advice and a general level of respect and humour. It takes a lot for that to be truly and authentically portrayed on screen, but this is a pair who make you believe they are very much important factors in each other’s lives. Voight carries the role of Gus with the utmost of ease, part playful and the other half serving lessons in life that are so integral that they echo long after they’re said, while Cullen is a true revelation in his leading role as Shaun. For such a young actor, Cullen possesses a real maturity in his work and it’s hard to believe that he hasn’t been discovered earlier in his life as an actor. Here is a young actor who is certainly going places and hopefully we will see him in many more films in the near future.

Another core character within the movie is the location of the ‘Wild’ of the title, more specifically the beautiful and uncovered Kentucky landscapes that we haven’t seen before on screen. The views are spectacular, the natural beauty simply radiant, all lending to create a real sense of new surroundings and challenge for our main character as he looks to lay his passed Grandfather to rest.

Surviving The Wild is a film possessing wonderful emotion, two brilliant core performances and whole lot of heart. Seek it out and you won’t be disappointed.