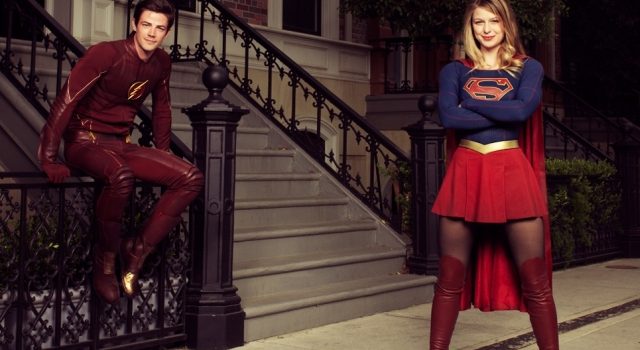 The Flash And Supergirl Musical Crossover To Air In March

No, you don’t need to rub your eyes and try those tricks to make yourself wake up, you read it correctly, The CW superhero...

No, you don’t need to rub your eyes and try those tricks to make yourself wake up, you read it correctly, The CW superhero shows The Flash and Supergirl will be part of a crossover once more – only this time they’ll be going all musical.

It’s no secret now that leading stars of the respective shows, Grant Gustin and Melissa Benoist, each starred in hit TV show Glee and can certainly belt out some tunes, but now it looks like they’ll be taking those talents to their DC universes to create something truly one-of-a-kind.

Set to take place over the Supergirl episode airing in the US on 20th March and concluding on The Flash episode that hits on 21st March, the heroes will unite once more as they look to tackle the threat of new villain the Music Meister. It’s undoubtedly going to be something truly special, especially as Greg Berlanti confirmed last year that “we have a number of people who can sing across all the shows who will be making an appearance”.

Does this mean we might even get a Carlos Valdes and Danielle Panabaker duet? Who knows but colour us excited!

Supergirl returns to The CW tonight, with The Flash airing tomorrow night.