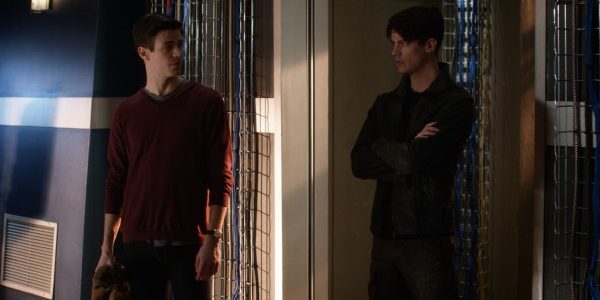 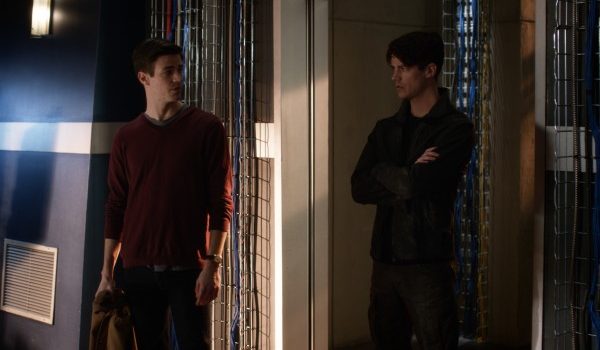 Season 3 of The Flash is now officially concluded and, following the realisation that the show had just killed of Iris West – much...

Season 3 of The Flash is now officially concluded and, following the realisation that the show had just killed of Iris West – much to the shock and surprise of us viewers – the finale episode, Finish Line, finally revealed some secrets left in store with what was a supreme conclusion to the show’s third stint.

Having explore Barry’s port decisions and the outcome of those decisions from the very get-go, season three looked to end on a high note with our favourite speedster finally coming to terms with what he has done and what is required of him. To get there he needed the help of those loved ones around him and, in a brilliant early reveal in Finish Line we found out that it was indeed HR who took the fall at the hands of Savitar and not Iris. Aided by those handy transmogrifiers, Iris and HR essentially swapped appearances and the coffee-loving slice of happiness finally showed his worth to Team Flash.

All through this third season we’ve seen HR gradually turn from comedic sidekick of sorts to really showing glimmers of why he is needed by the team and this would be his final hurrah. It was a moment beautifully captured and would later lead to a scene involving Cisco that made for wonderful watching.

Following HR’s sacrifice, the plans of Savitar would soon alter, as would those of Barry, and in an unlikely turn Barry would look to show a friendly side to his enemy in the hope that it would finally solve the woes of the version of him vying to become a god. Naturally, this would go pear-shaped, albeit with Caitlin finally channeling her good side, and despite Savitar being defeated we would see Barry forced into a gruelling decision. With the Speed Force needing him to stop the Earth from obliteration, Barry would make the ultimate sacrifice and imprison himself forever.

For a show that has seen its fair share of reveals through its stretch so far (the identity of Zoom and so forth), The Flash has never been so unpredictable and surprising than in this particular episode. Such surprises are a godsend, with that state of the unknown producing some truly remarkable scenes and cementing the show as one of the best currently around. Finish Line succeeded in immediately addressing a conclusion that left so many questions and from there it certainly didn’t hold back.

The show’s ability to show Barry evolving as not only a person but a hero too is second to none and this episode somewhat completed that circle in which the hero went from bad decision after the next to finally embracing his responsibility as a master of time. It didn’t require any huge set piece showmanship (although that scene with Savitar and the speedsters was something special), just the raw talent of Grant Gustin and those working around him.

Finish Line proved one of the best series closures of The Flash so far and really poses so many more questions as we head into a fourth stint. What happens to Barry now? Will Kid Flash embrace being the new main hero of Central City?  Where does Caitlin go from here? These questions and so much more we’ll need answered when the show returns…