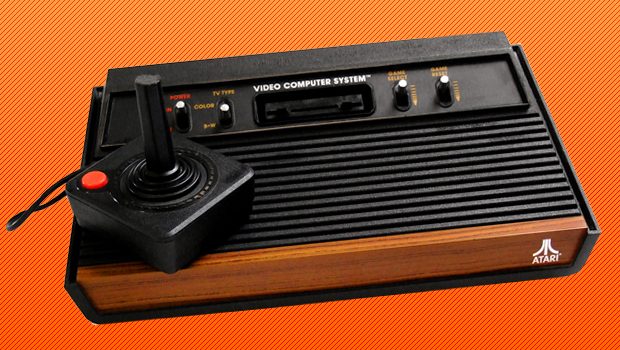 The Lucrative And Burgeoning Market For Gaming History

Words: Joshua Mason Computer Games have been around since the 1972 when the first ever console, the Magnavox Odyssey was released. In the almost...

Computer Games have been around since the 1972 when the first ever console, the Magnavox Odyssey was released. In the almost 50 years since then, the gaming industry has intrinsically becoming part of our lives on a par with TV and Film. This has created its own subculture of gamers and like most audiences, they are also consumers.

Video games and their accessories are expensive already, but thanks to the cultural impact and age of some of these products a new market has been created. Enthusiasts are now able to barter and exchange for old pieces of memorabilia and rare games which go for ever increasing sums of money. Much like many other industries it seems Gaming has reached that time in its history that allows for old products to now be ‘retro’, and crucially, valuable.

Values placed on some items can be for varying reasons, but the prices that are now seen on auction sites and small ads show that there are some people willing to pay ludicrous sums for slices of gaming history. Video games are the most valuable products usually available for collectors. One of the biggest factors on their price is their rarity.

Of all rare games one stands above the rest. Gamma Attack by Gammation was made for the Atari 2600. It never went in to full production and only one copy of the game was ever made. This has made it extremely valuable. It is understood to be owned by a collector called Anthony DeNardo and when he bought it was valued at $50k. More recently he put it on to the auction site eBay with a buy-it-now price of $500k!

Other notable rare games include Birthday Wish, also for the Atari 2600, which had only one copy made in a trial run. It included a packaging box where you could personalise it with a name or birthday message. It is valued at $35k. The 1990 Nintendo Word Championship Gold Editions were given to winners of a magazine contest. There were 26 winners and each of the games is said to be worth $20k.

Small production numbers are not the only way to make a game rare. Some games are released with special marketing, and are sold for more at release. They often come with extras the original issued game did not. Unchartered 2 would not be your first pick for good resale value, but it has a loyal fan base willing to open their wallets to unusual versions of the game.

200 copies of Uncharted 2: Fortune Hunter were made and came with not only the game but a replica dagger from the game, the original artwork in a book, and a special case for the game made to look like an ancient book. This is a growing trend, big release games taking advantage of fans to sell limited products for higher prices. The irony is that if the fan holds on to it they could sitting on a small fortune (pardon the pun) themselves. Uncharted 2 original ancestor Tomb Raider for instance is celebrating its 20 years since Lara Croft graced our PC’s. Not happy with a rich back catalogue of video games, Tomb Raider are also releasing a special pack themselves. Called Rise of the Tomb Raider Collector’s Edition, it will surely become a goldmine of the future. A little investment tip by Filmoria there!

Games consoles are not immune to this kind of value either. Retro consoles are so in demand at the moment that Nintendo actually remade NES systems, which sold out over Christmas 2016. Top of the list for value is surprisingly a Dreamcast. No not the original system but a special Gundam RX-78 version. Gundam is a popular anime TV series. The Dreamcast itself was a failure but this limited release of only 78 issued are now valued at over $9k. It was uniquely customised and themed on the TV show. Another console customisation included a Pokémon themed N64!

Talking of Pokémon, we have missed out a huge part of the games industry market. Merchandise. The Japanese phenomena started out as a computer game but spawned an entire marketplace on its own, with strange and wonderful themed products. The most famous of these was the collectible Pokémon card game. It started in 1996 and was a huge success globally. 15 billion cards have been printed so you wouldn’t think there were many rare ones. Not so. A Pokémon Pikachu Illustrator Card was sold for $100k! It was one of only 39 made and given to winners of an illustrator contest in 1997.

Computer games are no longer a thing of the future, but a relevant media industry with a proud past. We have begun the first cyclical era of gaming becoming retro, much like fashion goes through. Along with the nostalgia is a real market for collectible and rare items. And if those mentioned here are anything to go by, then there is some serious money being spent on them too.